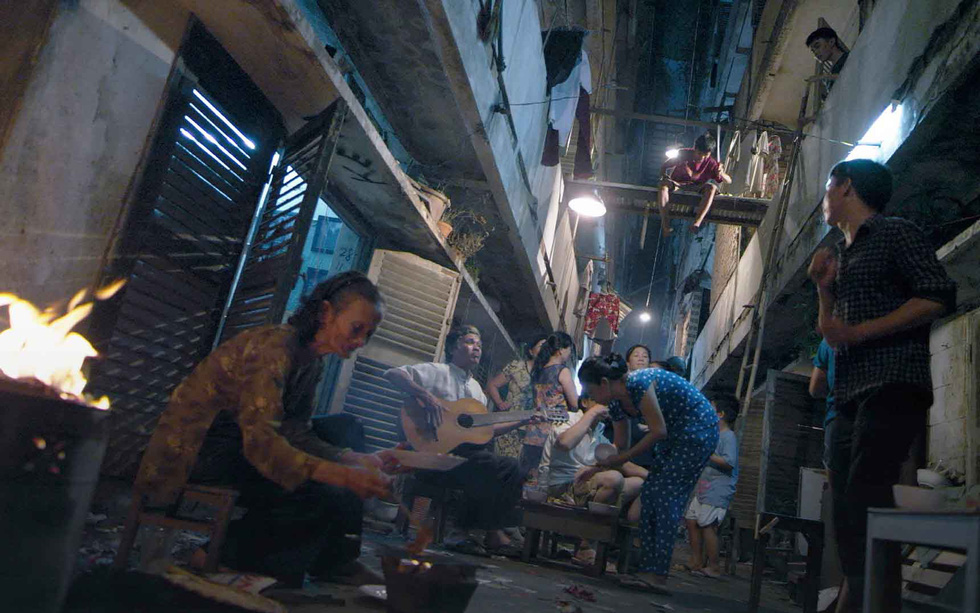 Confusing censorship by Vietnamese cinema watchdogs needs changing as it continues to be one of the main factors restraining the domestic film industry by blocking potential hits and forcing filmmakers to stick with safe formulas that are far from enough to win over moviegoers.

Bui Doi Cho Lon is densely packed with gory and dramatic kungfu fights that depict the ruthless gang wars in Cho Lon, a neighborhood in Ho Chi Minh City where a large number of Chinese-Vietnamese and Chinese nationals have long settled.

When the production company behind the film asked to know what is considered true depiction of the reality of Vietnamese society, they received no answer from those who issued the ban.

The same fault-finding scrutiny is, arbitrarily, not applied to foreign films.

Several foreign movies containing similar or greater degrees of violence such as John Wick, Ocean’s Eleven, Suicide Squad, and most recently Joker, were all allowed to be screened in Vietnam.

Earlier this month, Vietnamese drama film Rom, which chronicles the hardship of homeless kids on the streets of Ho Chi Minh City through the story of the titular character, was honored with the top award at the 24th Busan International Film Festival (BIFF) as the jury praised it for “the use of real, live locations” and a “very satisfying” ending.

However, the film was slapped with a heavy administrative penalty in Vietnam for joining the fest without first acquiring a screening license at home.

The production company behind Rom allegedly failed to edit out some violent scenes as per the request from the central film evaluation council.

Contrariwise, 2016 Filipino drama film Ordinary People, which was submitted for competition to the 4th Hanoi International Film Festival, was honored with the “Best Director of a Feature-Length Film” and “Best Leading Actress” awards at the Vietnam-hosted festival.

The film was praised for exposing the ugly side of Filipino society, telling the story of a teenage couple who are forced into pickpocketing for a living on the chaotic streets of Manila, the capital city of the Philippines.

Those are just a few of many cases where film producers in both private and state-own sectors in Vietnam have suffered from the double standard in local film censorship.

According to Vietnam's effective Law on Cinema, the evaluation and licensing of a movie before it can be introduced to the public is the responsibility of the Central Council for Film Appraisal and Classification under the Ministry of Culture, Sports, and Tourism.

In comments on a bill to modify this law, the Vietnam Chamber of Commerce and Industry (VCCI) said that there are many inadequacies in the country’s current film censorship mechanism.

Citing complaints from local filmmakers, VCCI said the current censorship procedures are too complicated and taking too much time, money, and efforts, putting production companies at risk.

“The evaluation committee often requires edits that are considered excessive, interfering with the artistic and commercial content of the film instead of serving to combat pornography, violence, or hostile propaganda,” VCCI said in a feedback on the bill.

The commercial chamber was thus concerned that this evaluation mechanism will inhibit the development of Vietnamese cinema and hinder prospects of good movies being made for the Vietnamese audience in the long run.

In a recent discussion with Tuoi Tre (Youth) newspaper in Manila, Vietnamese filmmaker Phan Dang Di compared Vietnam’s current film management model to a ‘torture’ that is suffered by both the administrators and film producers, resulting in a confrontation between the two sides that leads to frequent issues.

According to Di, there should be an new council for movie evaluation in southern Vietnam, in addition to the existing one in the north, as the majority of Vietnamese filmmakers are currently based in the southern part of the coountry.

“This council should include representatives of film producers and those who have expertise in filmmaking,” Di suggested.

“When a debatable issue arises, this council will meet for discussion, unlike the current situation where film businesses have no choice but accept what the regulators say.”

Vietnamese diretor Leon Quang Le shared with Tuoi Tre his bitter experience with local film censorship on his 2018 movie Song Lang, which depicts an unlikely bond that forms between an underground debt collector and a 'cai luong' (Vietnamese folk opera) performer against the backdrop of Ho Chi Minh City in the 90s.

“I knew it [the tough censorship] through foresight, so I took precaution by self-censoring my film, maybe a little too much, just to be sure,” Leon said.

As there were no concrete guidelines to follow, Leon said he just made up a list of what to avoid in his film based on what he had learned from his colleagues.

“The list that I made was also quite general and vague, mostly focusing on such key topics as politics, violence, sex, spirituality and... cigarettes, because I knew a film which had had many scenes edited out because the female lead always has a cigarette on her lips,” the director recalled.

On set, Leon said he would even shoot a cigarette-free version of each smoking scene as a precaution.

“If [the smoking scene] must be edited out, I would have the backup shot of the same scene for replacement,” he said.

“Perhaps it was thanks to my overcaution that Song Lang received very few editing requests [from the film evaluation council], which was to my pleasant surprise.”

However, the critically acclaimed movie went on to suffer a loss at the box office after its premiere in August 2018, despite receiving more than 25 domestic and international awards, according to online news site VnExpress.

There were screenings of Song Lang that attracted an audience of less than ten people, as many other scheduled screenings of the film were cancelled due to lackluster ticket sales, according to Zing.