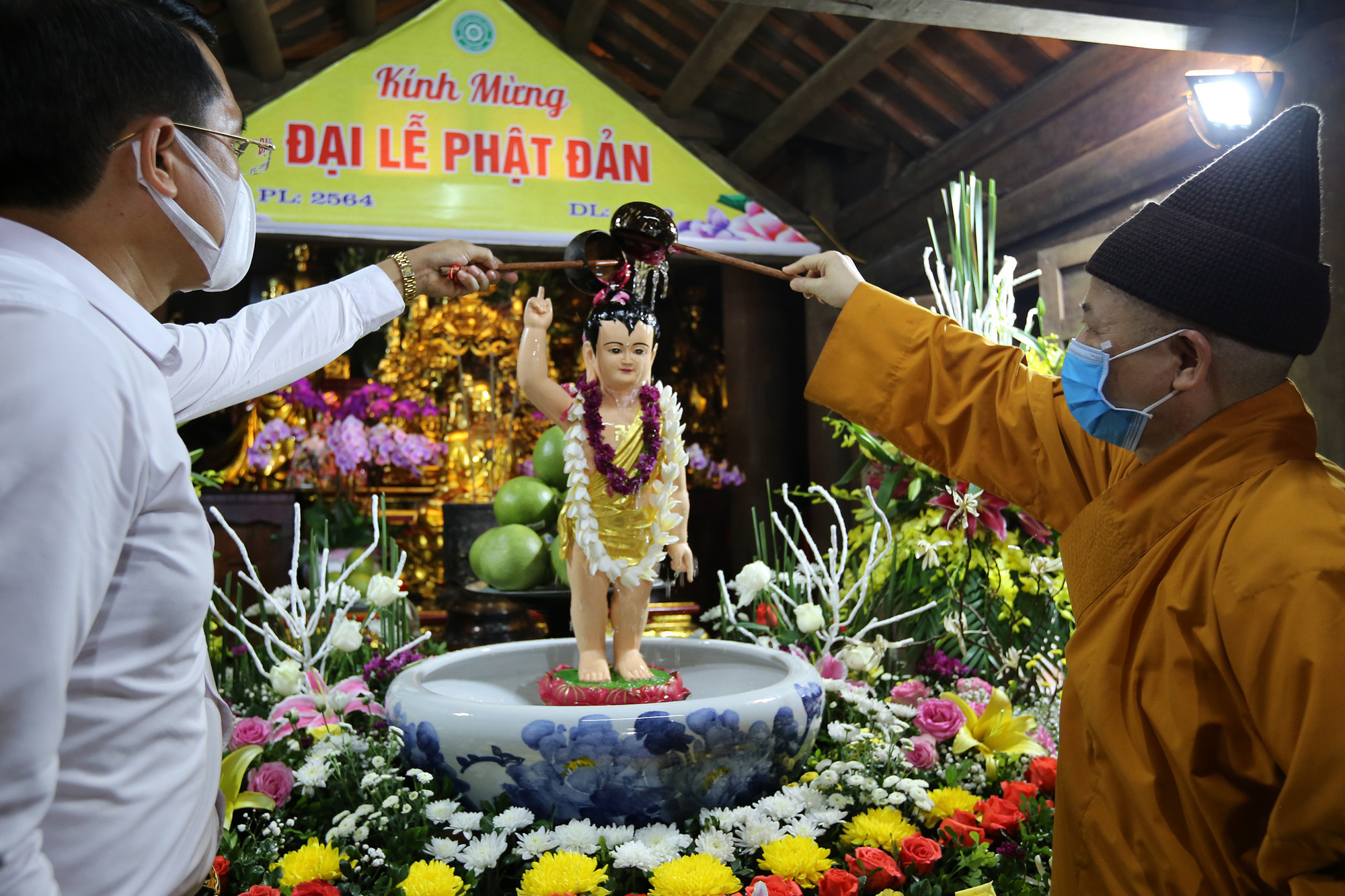 Together with concurrent ceremonies held across Vietnam, one of the most important events to observe Buddha’s Birthday was celebrated in the northern province of Quang Ninh on Tuesday.

In Vietnam, Buddha’s Birthday is traditionally celebrated by Buddhists during which many big programs are often organized by monasteries to mark the important event.

While taking part in these programs, Buddhists will spend time reviewing the Budda’s birth and life, the history of Buddism, as well as his teachings.

This year’s ceremonies, however, were very different from previous ones because of the novel coronavirus disease (COVID-19) pandemic.

Crowded religious ceremonies and large gatherings of more than 30 people in public spaces are restricted in Vietnam to avoid spreading the respiratory disease.

Unlike previous years when droves of Buddhists from across the country would gather on Yen Tu Mountain for Buddha’s Birthday rituals, this year’s ceremony was only observed by local monks and Buddhists as per guidelines issued by the Buddhist Sangha of Vietnam.

In order to prevent any risk of COVID-19 infection, the Sangha has ordered local managing committees to organize ceremonies in a simple manner and avoid gatherings in large crowds.

The most important ritual of the ceremony was the bathing of a Buddha statue, in the shape of a newborn, in a clean basin.

According to Venerable Monk Thich Dao Hien, deputy director of the managing committee of the Buddhist Sangha of Vietnam in Quang Ninh Province, there is a special tale tied to this solemn bathing ritual.

When the Buddha was born, there were nine dragons that were making rain to bathe him.

This process is seen as the symbol of getting rid of the body’s dirtiness, as well as conveying the message of scrapping afflictions and sins to focus on the soul’s purity.

To conduct this ritual, monasteries set up the altar with flowers and incense and lay a statute of the Buddha in the shape of a newborn into a big clean basin.

The Vietnamese faithful often boil water with jasmine, cinnamon, and daisy flowers as per local customs, but there are also simpler options using rainwater or purified water.

On this special occasion, the managing committee of the Buddhist Sangha of Vietnam in Quang Ninh Province offered presents to poor and near-poor families in Thuong Yen Cong Commune in the province.

One-hundred and fifty offerings, each including cash and essential supplies such as rice, instant noodles, cooking oil, and more, were handed out to the families with the hope that they would be able to overcome the difficult period caused by the COVID-19 pandemic.