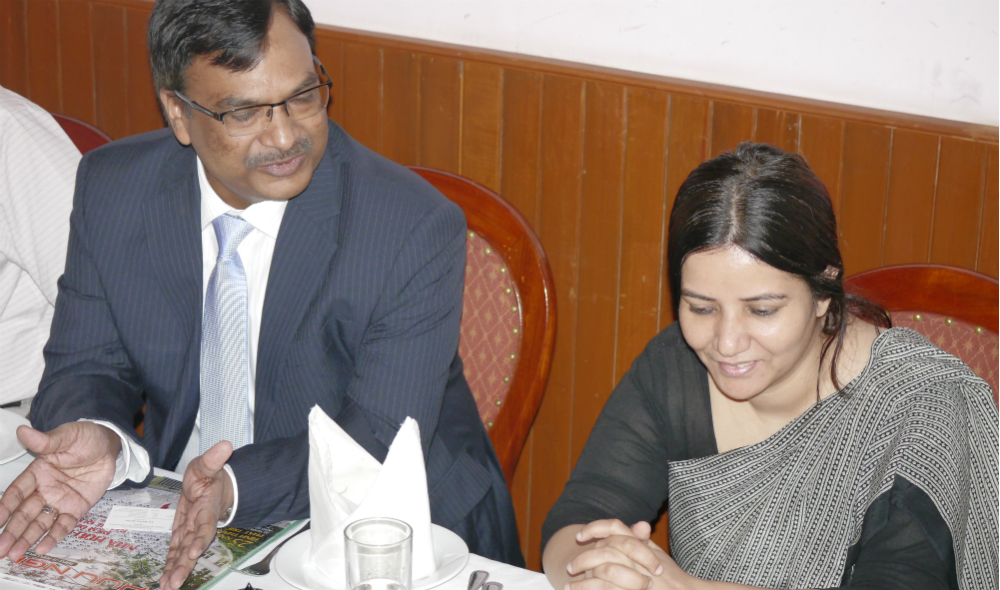 The Consulate General of India has issued an Overseas Citizenship of India (OCI) to Raja Ram Sahay, a Canadian national living in the southern province of Ba Ria –Vung Tau.

The OIC issuance, the first of its kind in Vietnam, followed a recent Person of Indian Origin (PIO) and OCI schemes that are planned to be merged together, according to the Consulate General of India.

“The Government of India is working on a new scheme that will merge the PIO and OCI scheme,” said Indian Consul General Smita Pant.

PIO and OCI schemes represent the cornerstone of India’s Diaspora policy, as the two schemes have played play an important role in strengthening the links of overseas community with India.

According to a recent announcement relating to PIO Card holders made by Narendra Modi, Prime Minister of India, during his visit to the U.S. late last month, all PIO cards are now valid for lifetime of the cardholder, instead of 15 years as earlier.

Moreover, PIO cardholders will not be required to report to a police station even if their stay in India exceeds 180 days, which has been received with lot of enthusiasm by the Indian community.

The Indian community in Ho Chi Minh City is rapidly growing with a growing number of professionals and experts in many fields like IT, banking, media, and advertisement.

The Consulate encourages the application for PIO/OCI card and to act as a bridge between the two countries, according to the Consulate General of India.

Vietnam is pivotal to our Look East Policy and every possible area of cooperation is being discussed between the two sides including science and technology, defense, trade and investment, culture, education capacity building and development, said Consul General Pant.

Our trade is well on track to reach the target of US$ 7 billion by 2015, while Indian investments in Vietnam now exceed US$ 800 million, she said.

India has the second largest diaspora in the world with the overseas Indian community estimated at over 25 million.