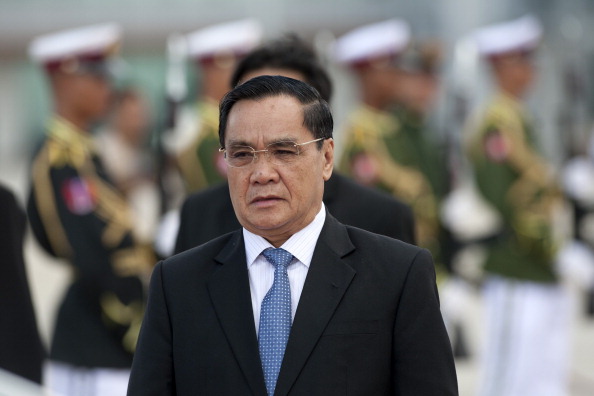 Vietnam’s Prime Minister Nguyen Tan Dung and his Lao counterpart Thongsing Thammavong have agreed to finalize negotiations on a new trade agreement targeting US$2 billion in two-way trade next year.

>> Vietnam’s investment in Laos tops $5bn: ministry The agreement was reached at the two sides’ meeting on the sidelines of the eighth Summit of the Cambodia-Laos-Vietnam Development Triangle in Vientiane, Laos on November 24.

The new target of trade value is part of the two countries’ efforts to step up economic, trade and investment ties. Lao PM Thammavong welcomed the Vietnamese delegation to the Summit and thanked Vietnam for annually providing official development assistance for Laos as well as scholarships for Lao students. Meanwhile, PM Dung suggested that Laos give support to the Vietnamese community living in the country.

The two PMs spoke highly of the implementation of the agreements reached in the 36th conference of the Vietnam-Laos Inter-governmental Committee held in Vientiane early this year. They also agreed to make active preparations for the 37th conference scheduled for early next year. The two leaders also discussed regional issues of mutual concern and pledged to continue their close coordination in the Association of Southeast Asian Nations (ASEAN) and other regional and sub-regional mechanisms.