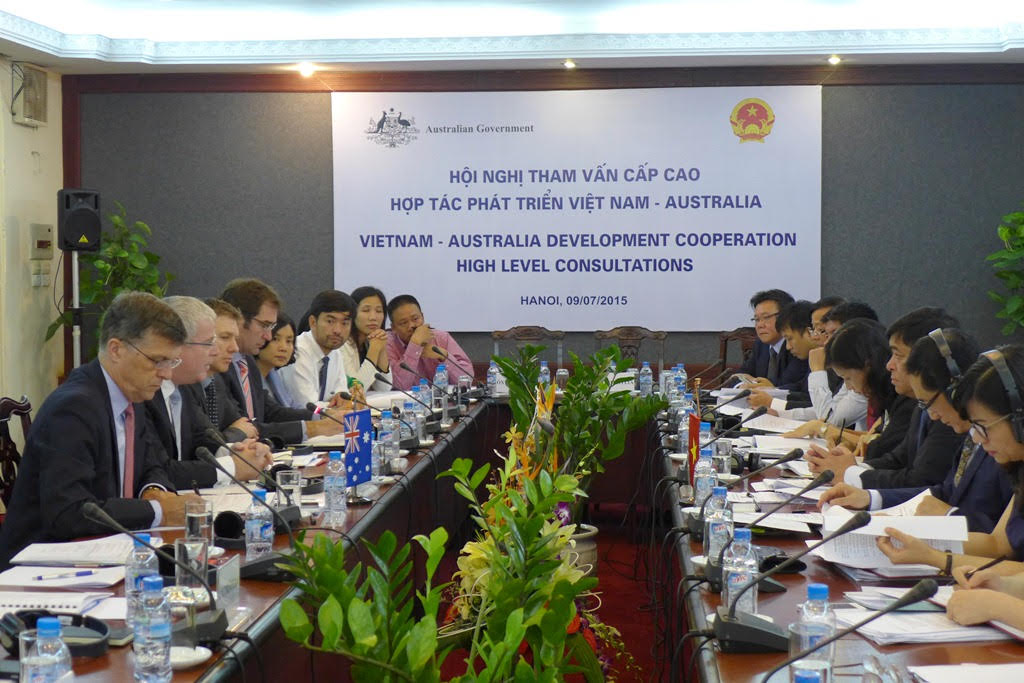 Australia confirms over $67mn in ODA for Vietnam

Australia has confirmed its provision of AU$90 million (US$67.2 million) in official development assistance (ODA) for Vietnam to support the country’s long-term development needs, the Australian Embassy said on Thursday in a media release.

The confirmation was given at the Vietnam-Australia Development Cooperation High-Level Consultations conference that was organized in Hanoi the same day to discuss the priorities of the Australasian country’s aid to the Southeast Asian nation from 2015 to 2020, the media note said.

Of the ODA amount, about AU$60 million ($44.8 million) in direct bilateral aid will be supplied during fiscal 2015-16. Co-chairing the meeting, Vietnam’s Deputy Minister of Planning and Investment Nguyen Chi Dung said, “We strongly welcome Australia’s continued support for the socio-economic development of Vietnam.” He added that the new aid plan proposed by the government of Australia aligns well with the priorities identified in Vietnam’s socio-economic development strategy for the 2011-20 period. “Australia remains committed to Vietnam’s sustainable economic growth as well as to delivering a high-quality, focused aid program that complements [the Southeast Asian country’s] ambitious objectives to industrialize by 2020,” said Craig Chittick, head of the Australian delegation at the conference. He also said that he was very pleased to gain the Vietnamese government’s support for Australia’s proposed objectives under the new Aid Investment Plan for 2015-20. Australian development cooperation in Vietnam will center on three priority areas, including enabling and engaging the private sector for development, assisting the development and employment of a highly skilled workforce, and promoting women’s economic empowerment, he said.

Given Vietnam’s continuing economic development, Australia has planned to transition from traditional aid to an economic partnership with the country, Australian Ambassador Hugh Borrowman told the meeting.

This approach will also apply to many other aid recipients in the region, the ambassador added.

“We no longer subsidize essential services through our aid program, but are moving towards an economic partnership that shares lessons from Australia’s own reform experiences, finds innovative ways to maximize the reach of public resources and leverages greater private sector investment,” the ambassador further explained.