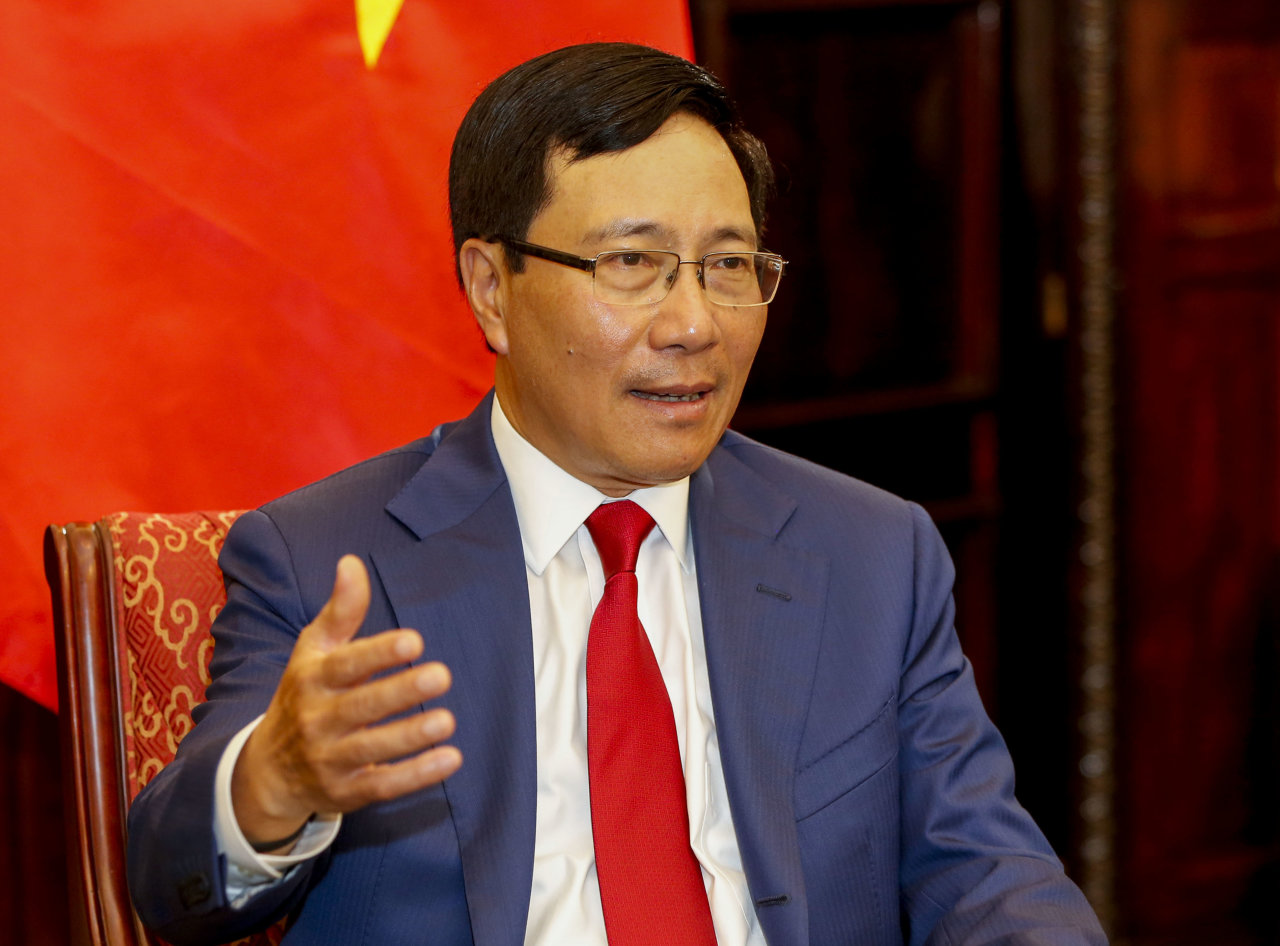 Building solidarity based on a foundation of common interests is central to the survival of ASEAN, Vietnamese Deputy Prime Minister Pham Binh Minh said in a press interview on Tuesday.

The statement comes just one week before the socio-economic bloc celebrates its 50th anniversary.

ASEAN, or the Association of Southeast Asian Nations, was founded on August 8, 1967 when foreign ministers from Indonesia, Malaysia, the Philippines, Singapore, and Thailand gathered in Bangkok to sign the ASEAN Declaration.

The association has since expanded to include Brunei, Vietnam, Laos, Myanmar, and Cambodia, raising its membership count to ten countries.

On Tuesday, Deputy PM Minh, who serves as Vietnam’s Minister of Foreign Affairs, sat down with the country’s press to share his vision for ASEAN’s development ahead of the association’s 50th birthday.

According to the Deputy PM, ASEAN has achieved a number of accomplishments over the past fivedecades, three of which stand out as particularly noteworthy.

The first of these is the success of ASEAN member countries, each with its own cultural identity and political system, in forming a community whose citizens are able to live in peace, stability, and harmony.

Deputy PM Minh also applauded ASEAN’s evolution from an association of underdeveloped countries into the most dynamic community of economies in the Asia-Pacific region serving its population of 647.5 million.

The region currently boasts a GDP value of US$3 trillion and maintains an annual GDP growth rate of 4.7 percent, he added.

ASEAN has also formed economic ties with trade partners around the globe through the establishment of free trade agreements that have created a gigantic market with combined GDP in the trillions of U.S. dollars, Minh pointed out.

“Other regions have found it difficult to achieve these types of economic relationships,” Deputy PM Minh stressed.

The third remarkable achievement is ASEAN’s success in building friendships between member countries as well as with external economic powers through mechanisms for cooperation on political, security, and defense issues.

Minh noted, however, that ASEAN’s 50-year history had not been without challenges, one of which is the gap in economic development among its members, an issue that has given rise to differences in interests within the organization.

ASEAN’s strategic geo-political role in the global context has also made it a frequent target of competition between major powers to earn its affiliation, Minh said.

The fast-changing picture of regional and global politics and economics is poised to continue posing major challenges to the integrity of ASEAN, he continued.

The group of ten countries will continue to realize the ASEAN Community Vision 2025, which charts the path toward a politically cohesive, economically integrated, and socially responsible community, said Deputy PM Minh.

This community is centered around its people and built upon the foundation of the law, he added.

The foreign minister asserted that one of the organization’s most important missions is creating a self-reliant and united community capable of maintaining its vital role in the region.

This sense of solidarity is key to the group’s very survival, he underlined, as it is the biggest common denominator of its members’ interests.

In an article released the same day, the Deputy PM wrote that Vietnam has been an active member of ASEAN since it joined the association in 1995, noting the country’s tireless contributions to the bloc’s development, especially in working toward the expansion of ASEAN from six to ten member countries.

The country is one of the two best performers in implementing priority measures set forth in the ASEAN Economic Community Blueprint, Minh wrote.

Vietnam has also played a major role in expanding and strengthening cooperation between ASEAN and its partners, including its successful role as the coordinator for relations between ASEAN and China, the European Union, and India.

“ASEAN is of strategic significance to Vietnam,” he stressed.