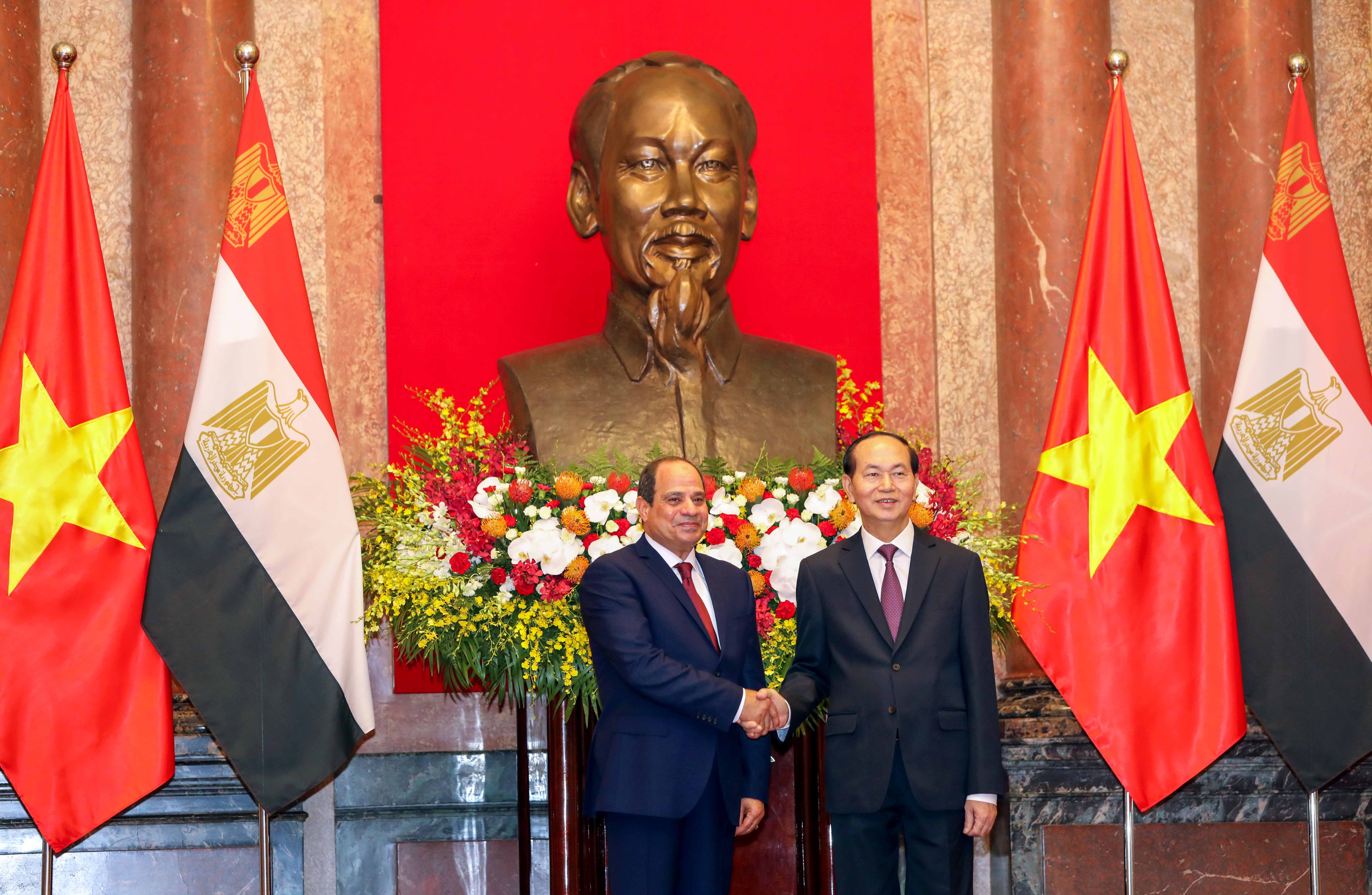 Vietnam and Egypt agreed Wednesday to nearly triple trade to $1 billion including with ship-building and IT contracts, as Egypt seeks to kickstart its sputtering economy and forge ties with fast-growing Asian nations.

Egyptian President Abdel Fattah al-Sisi is in Hanoi for a two-day visit, the first ever by an Egyptian leader, aimed at drumming up business ties with the country.

"We discussed means to reinforce bilateral ties in many areas, in particular in economics, especially in light of Vietnam's achievements in the fields of industry and commerce," Sisi told reporters.

Egypt's economy tanked after a 2011 revolution that toppled longtime president Hosni Mubarak, and though growth has steadily recovered, reaching 4.3 percent last year from 1.8 percent in 2011, it is still hampered by high inflation.

Last year the International Monetary Fund approved a $12 billion loan to prop up the ailing economy.

Vietnam's President Tran Dai Quang called for more trade with Egypt after officials signed nine agreements Wednesday, including in the areas of transport, fisheries and investment.

"We are determined to bring bilateral trade volume to $1 billion in the future," Quang said, adding they would focus on ship-building, IT, seaports, manufacturing and agro-processing.

Egypt is Vietnam's second biggest trading partner in Africa, though trade has faltered in recent years, hitting $316 million last year from $395 million in 2014.

Analysts say Hanoi is looking to drum up trade deals after the US pulled out of the massive Trans-Pacific Partnership in January, a major blow to Vietnam which was set to gain enormously from the 12-nation pact.

Vietnam is one of Asia's fastest growing economies, clocking more than five percent annual growth over the past five years.

Sisi will attend a business forum Thursday before departing.