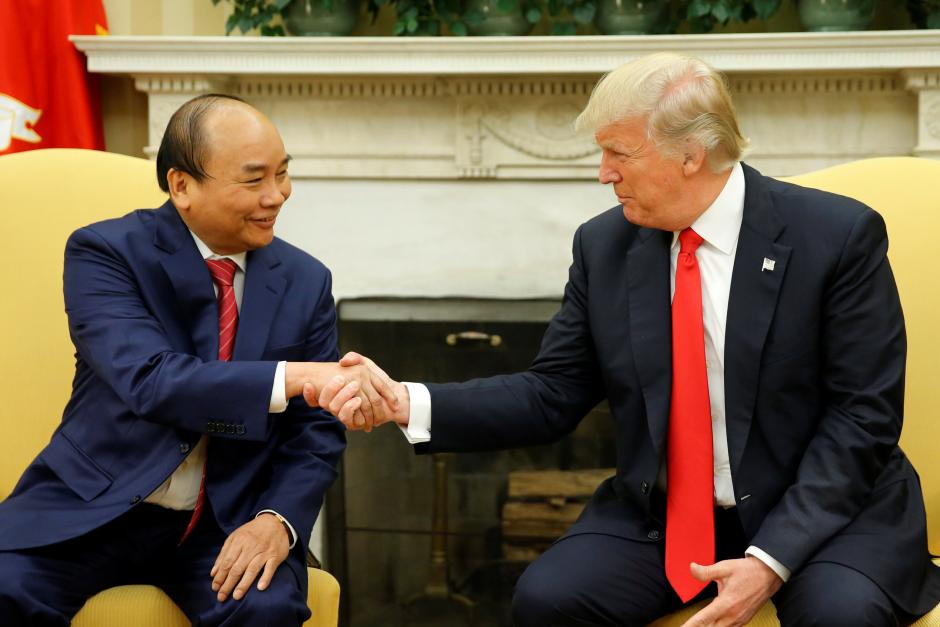 U.S. President Donald Trump will visit Vietnam this November as part of his five-country Asia tour, the White House said on Friday.

President Trump, accompanied by First Lady Melania, will travel to Japan, South Korea, China, Vietnam, and the Philippines, as well as a stop in Hawaii, from November 3 to 14, according to the White House announcement.

The U.S. president will participate in a series of bilateral, multilateral, and cultural engagements, including the Asia-Pacific Economic Cooperation Summit and the Association of Southeast Asian Nations Summit, “demonstrating his continued commitment to the alliances and partnerships of the United States in the region,” the document reads.

President Trump will discuss the importance of a free and open Indo-Pacific region to America's prosperity and security. He will also emphasize the importance of fair and reciprocal economic ties with America's trade partners. The White House said Trump's engagements will strengthen the international resolve to confront the North Korean threat.

The Asia-Pacific Economic Cooperation forum, or APEC Vietnam 2017, is hosted by the central Vietnamese city of Da Nang.

Hang said careful preparations are being completed for the trip, reiterating that the U.S. head of government stated he would attend the 2017 APEC during a meeting with Prime Minister Nguyen Xuan Phuc, when the Vietnamese premier visited the U.S. in May.

APEC is a regional economic forum established in 1989 and comprised of 21 member states, including Australia, China, Japan, South Korea, Thailand, the United States, and Vietnam.

The forum is aimed at creating greater prosperity for the peoples of the region by promoting balanced, inclusive, sustainable, innovative, and secure growth as well as accelerating regional economic integration.