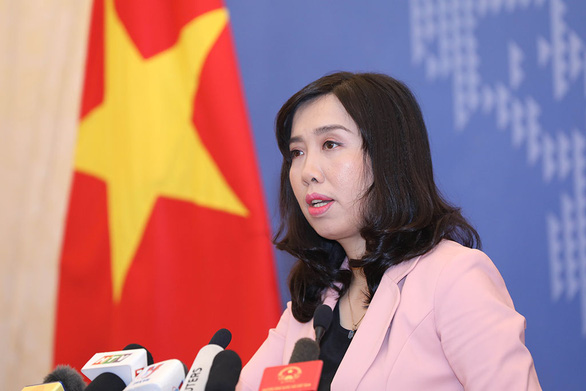 Recent remarks by Singaporean Prime Minister Lee Hsien Loong at a security forum and on social media that Vietnam “invaded” and “occupied” Cambodia could not be further from the truth.

Writing on Facebook on May 31 to express his condolences on the passing of former Thai premier Prem Tinsulanonda, PM Lee said the late general’s time as PM coincided with the founding members of ASEAN “coming together to oppose Vietnam’s invasion of Cambodia and the Cambodian government that replaced the Khmer Rouge."

ASEAN, or the Association of Southeast Asian Nations, was founded in 1967 by Indonesia, Malaysia, the Philippines, Singapore, and Thailand.

“Thailand was on the frontline, facing Vietnamese forces across its border with Cambodia,” the Singaporean PM continued.

General Prem “worked with ASEAN partners to oppose the Vietnamese occupation in international forums,” which “prevented the military invasion and regime change from being legitimized,” he wrote.

These remarks echo that of his own made at the 18th Shangri-La Dialogue in Singapore, where PM Lee played host to the annual inter-governmental security forum that lasted from May 31 to June 2.

Vietnam’s foreign ministry spokesperson Le Thi Thu Hang said in a statement sent to the press on Tuesday that Vietnam regretted that some contents in these remarks by PM Lee Hsien Loong “do not objectively reflect the historical truth," causing negative impacts on public opinions.

The Vietnamese Ministry of Foreign Affairs had discussed this issue with the Singaporean side, she said.

Tuoi Tre News could not reach the office of the Singaporean PM for comment on Wednesday morning.

The contribution and sacrifice of Vietnam in the joint efforts with the Cambodian people to end the genocidal Khmer Rouge regime have been widely recognized, Hang said in the statement.

On November 16, 2018, the Extraordinary Chambers in the Courts of Cambodia (ECCC) issued a verdict on the crime against humanity committed by the Khmer Rouge.

The ruling objectively reflected the historical truth, enforcing justice and making fair restitution to victims, which was welcomed by the international community and the United Nations, the Vietnamese foreign ministry spokesperson added.

The recent accomplishments of ASEAN are the result of joint efforts by all member states throughout the history of the association, she said, adding that each member is deeply aware of the importance of strengthening the intra-bloc solidarity based on mutual respect and the grouping’s common principles. As an active and responsible member of ASEAN, Vietnam has been and will continue working with the other members to build a strong ASEAN community with unity and solidarity playing the central role in the region, Hang stressed.

Hun Many, a member of Cambodia’s lawmaking National Assembly and the fifth child of Cambodian PM Hun Sen, said on Tuesday he was “beyond surprised” at PM Lee’s remarks regarding the Vietnamese presence in Cambodia following the fall of the Khmer Rouge in 1979, Phnom Penh Post reported.

“While everyone was playing politics, Cambodians were praying for help,” Many was quoted as saying in the English-language daily newspaper based in the Cambodian capital.

“We wanted to be saved from the genocidal Khmer Rouge regime, and it did not matter from who and from where that help came from,” the Cambodian lawmaker said.

“It came in the form of the [Cambodian People’s Party] CPP with the assistance of our neighbor Vietnam,” he continued.

Cambodian Defense Minister General Tea Banh said after returning from the Shangri-La summit on Monday night he had spoken with his Singaporean counterpart Ng Eng Hen about PM Lee’s remarks and asked Minister Ng to request his PM to rectify the statement.

“He [PM Lee] did not say the truth and his statement does not reflect history,” Gen. Banh was quoted by the Khmer Times as saying at the airport.

“We cannot accept what he said. Vietnamese volunteer troops came to liberate our people,” he said.

“We still consider them as saviors – this means a lot for us,” he added.

“We are grateful for what [Vietnam] did to help us,” the Cambodian defense minister said.