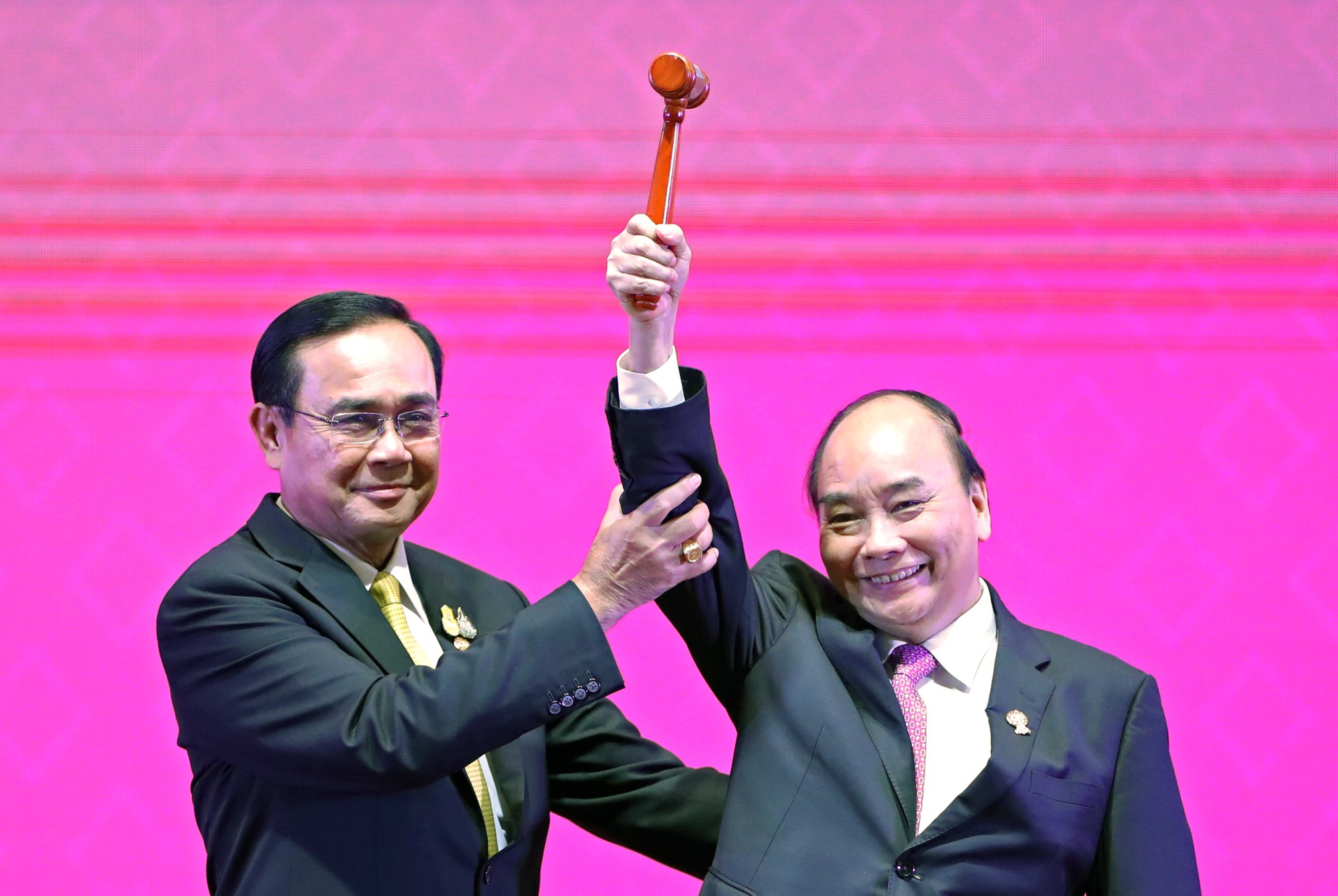 Vietnam has officially assumed the chairmanship of the Association of Southeast Asian Nations (ASEAN) for 2020 after the conclusion of the bloc’s 35th summit in Bangkok, Thailand on Monday.

Following the closing ceremony of the 35th ASEAN Summit, Prime Minister Prayut Chan-o-cha of Thailand, the chair of ASEAN in 2019, handed the chairmanship hammer to his Vietnamese counterpart Nguyen Xuan Phuc.

The event was held at the Grand Diamond Ballroom in the Thai capital on Monday evening.

In his speech, PM Phuc congratulated Thailand on the positive results achieved by ASEAN under the country's chairmanship in 2019.

Vietnam has chosen ‘Cohesive and Responsive’ as the theme for the ASEAN Year 2020, the premier noted.

He added that 2020 will mark five years since the formation of the ASEAN Community as well as the 25th anniversary of Vietnam becoming an ASEAN member nation.

In 2020, Hanoi will focus on fostering the bloc’s sustainable cohesiveness through consolidating solidarity and unity, increasing economic connectivity, intensifying the values and identities of the ASEAN Community, improving the efficiency of ASEAN’s apparatus, and stepping up relations with the grouping’s partners on the global scale, the PM affirmed.

Vietnam looks forward to the active support from other ASEAN members and partners to realize the spirit of the theme of the ASEAN Year 2020, he stressed.

Within the framework of the 35th ASEAN Summit and related meetings, PM Phuc previously attended the seventh ASEAN-U.S. Summit, 22nd ASEAN+3 Summit, and sideline meetings with the prime ministers of India and New Zealand on Monday.