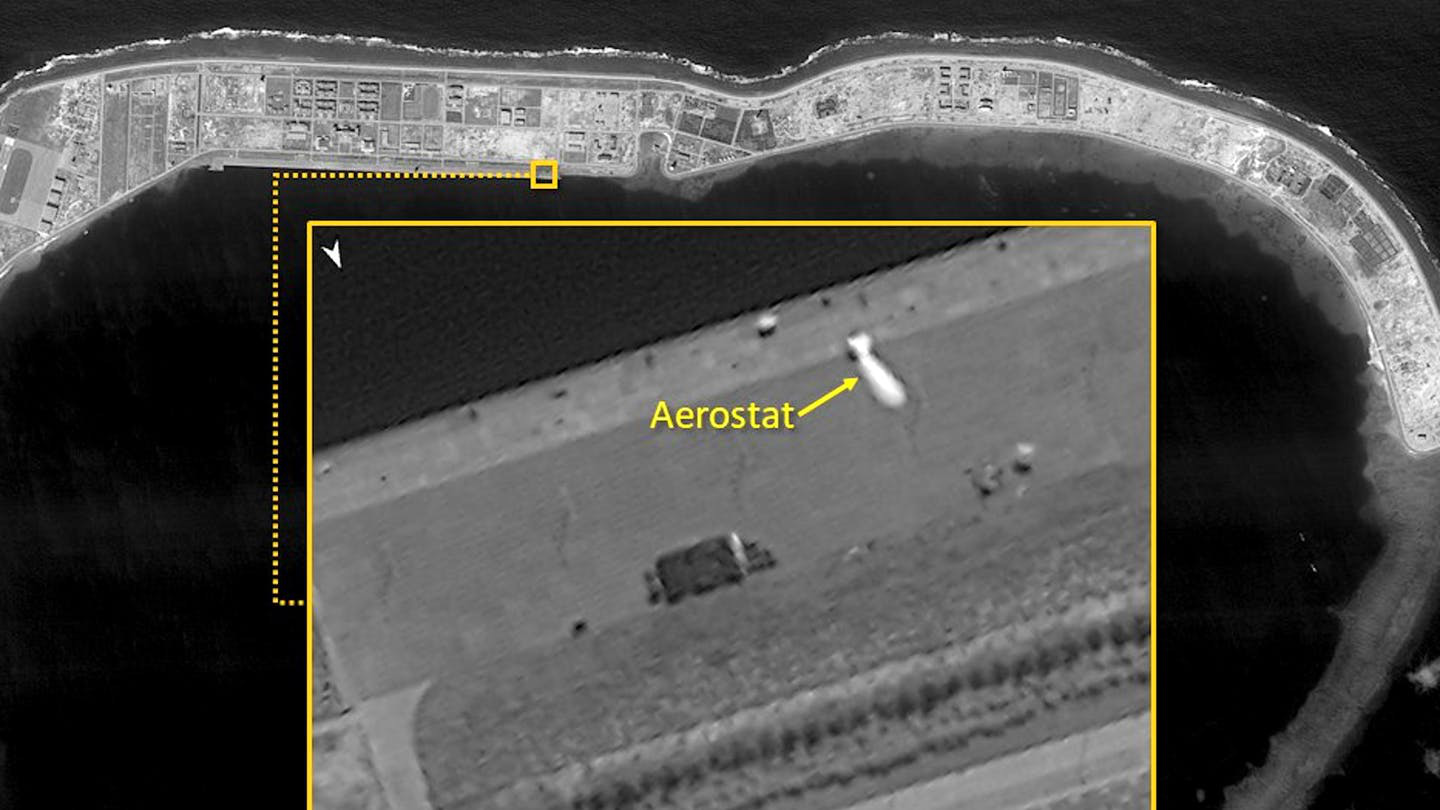 “Vietnam asks that all parties respect the sovereignty, rights, and jurisdiction of Vietnam, abide by international law, and contribute in a responsible and constructive manner to sustaining security, safety, peace, and stability in the East [Vietnam] Sea,” she added.

Israeli satellite company ImageSat International (ISI) posted a photo on its Twitter account on November 11 showing what appears to be an aerostat-shaped object hovering above Vanh Khan Reef.

The satellite image is the first piece of evidence that China has deployed an aircraft to the atoll, most likely for reconnaissance purposes, said ISI.

According to military magazine Kanwa Asian Defence, high-powered aerostats can monitor both airborne targets and mobile ground objects within a 300-kilometer radius.

Vanh Khan Reef is among the seven features in the Truong Sa archipelago which Vietnam has sovereignty over but have been illegally occupied by China.

According to the Vietnam News Agency, Beijing has built the atoll into an artificial island featuring both military and civilian structures.

China has been increasing its military presence in the East Vietnam Sea, 90 percent of which Beijing illegally claims sovereignty over, the state media reported.

Vietnamese Cambodians not a security threat

Regarding the relocation of Vietnamese Cambodians living near Cambodia’s Tonle Sap lake, Hang said Vietnam’s representative agencies in Cambodia have been closely following the issue and are assisting those who have had to relocate.

She added that Vietnam’s representative agencies in Cambodia have requested that Vietnamese Cambodians follow the laws and legal regulations of their host country.

Asked to comment on opinions that land purchases made by Vietnamese Cambodians relocated from Tonle Sap are threatening Cambodia’s security and sovereignty, Hang affirmed that such claims are “groundless.”

“Vietnam understands Cambodia’s policy on sustainable social and economic development, including the relocation of residents in the Tonle Sap area of Kampong Chhnang Province,” she said.

The area is home to about 1,500 Vietnamese-Cambodian families, many of whom live in floating villages on the lake.