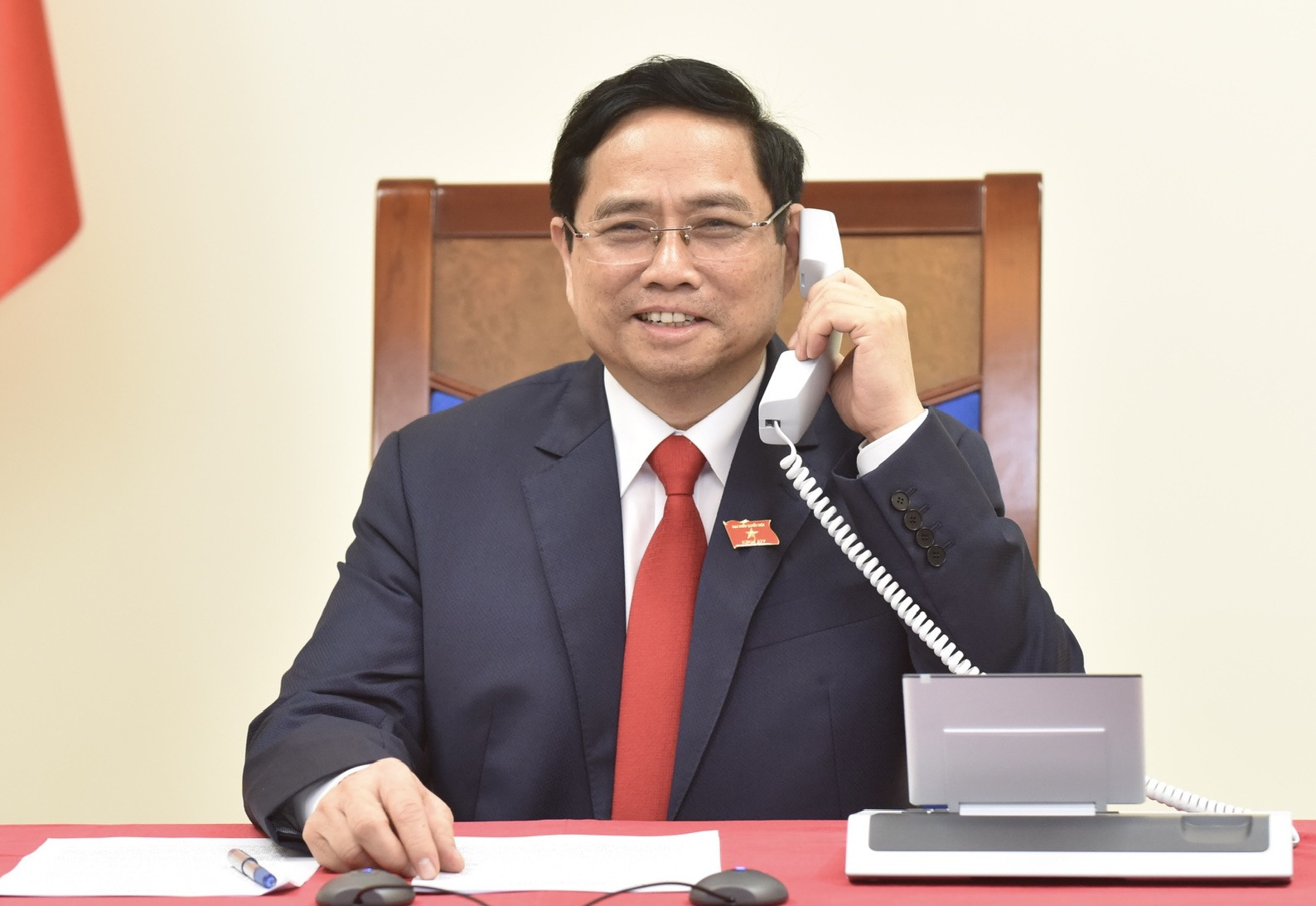 In his conversation with PM Chinh, Cambodian Prime Minister Hun Sen praised Vietnam’s positive achievements in recent years, believing that the Vietnamese government and people will reap more successes in the future under the leadership of the newly-elected prime minister.

Chinh stated he will work closely with PM Hun Sen to further develop the neighborliness, traditional friendship, and comprehensive cooperation between the two countries and two governments.

The two premiers agreed to charge their ministers of health with sharing experience in COVID-19 prevention and control.

They consented on strengthening ties in defense and security, improving the effectiveness of borderline management, preventing the spread of diseases, and ensuring the smooth flow of goods through border gates.

PM Chinh thanked Cambodia for supporting Vietnam to successfully serve as Chair of ASEAN in 2020, while affirming Vietnam’s support for Cambodia in the organization of the upcoming 7th Greater Mekong Sub-region Summit and 13th Asia-Europe Meeting (ASEM) Summit in 2021.

During the talks with Laotian Prime Minister Phankham Viphavanh, PM Chinh said he will exert efforts to continuously strengthen and develop the great friendship, special solidarity, and comprehensive cooperation between Vietnam and Laos.

The two heads of government agreed on boosting cooperation between the two countries amid the COVID-19 pandemic, responding to common challenges, and mobilizing resources for each side’s socio-economic development and bilateral ties.

They vowed to closely coordinate and support each other at multilateral forums, especially ASEAN and the Greater Mekong Sub-region frameworks.