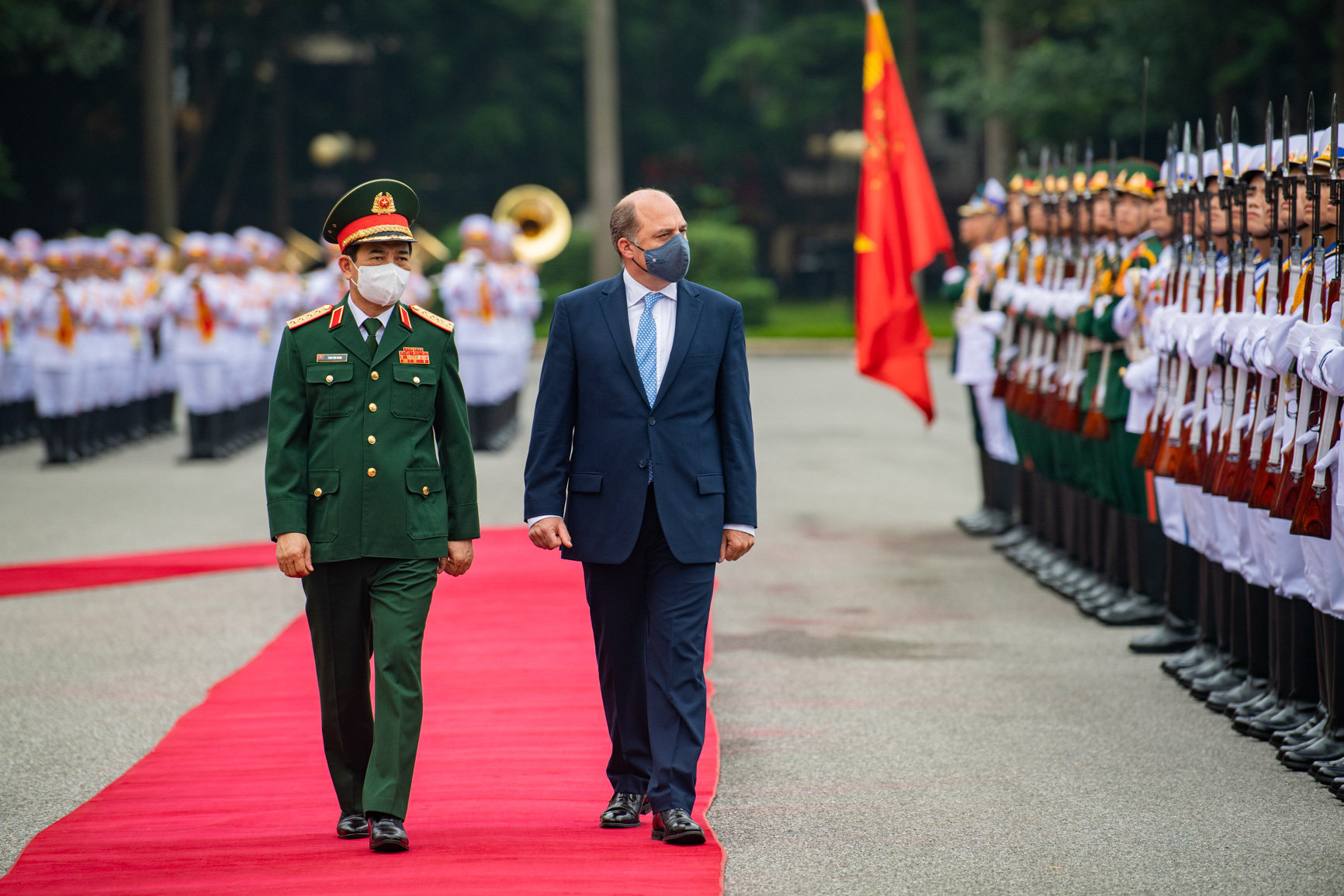 UK Secretary of State for Defense Ben Wallace was welcomed during a ceremony in Hanoi on Thursday morning, as part of his official visit to Vietnam from July 21 to 23.

This is the first-ever official visit to Vietnam of a UK defense minister.

Secretary Wallace will focus on strengthening bilateral ties on the occasion of the 10th anniversary of the two countries’ defense cooperation.

During his meeting with Vietnamese Minister of National Defense Phan Van Giang in Hanoi, the UK official stressed that the UK-Vietnam bilateral relationship is developing strongly under their new agreement on strategic partnership, in which national defense and security are among the main focuses.

They also conferred on global and regional situations, as well as issues of mutual concern, according to the Vietnamese Ministry of National Defense.

The UK agrees to Vietnam’s stance on the situation in the East Vietnam Sea, Wallace stated, stressing the importance of freedom of navigation and overflight.

Both sides emphasized that disputes need to be resolved by peaceful means and on the basis of international law, including the 1982 United Nations Convention on the Law of the Sea (UNCLOS).

Minister Giang took the occasion to thank the British government for sharing experience in COVID-19 prevention and control with Vietnam.

He asked Secretary Wallace to assist Vietnam’s defense ministry in accessing vaccines within his authority.

Within the framework of his visit, the UK Secretary of State for Defense is also scheduled to meet with Prime Minister Pham Minh Chinh, visit the Diplomatic Academy of Vietnam and the Vietnam National Border Committee, and have a meeting with several officers who participated in UN peacekeeping missions.