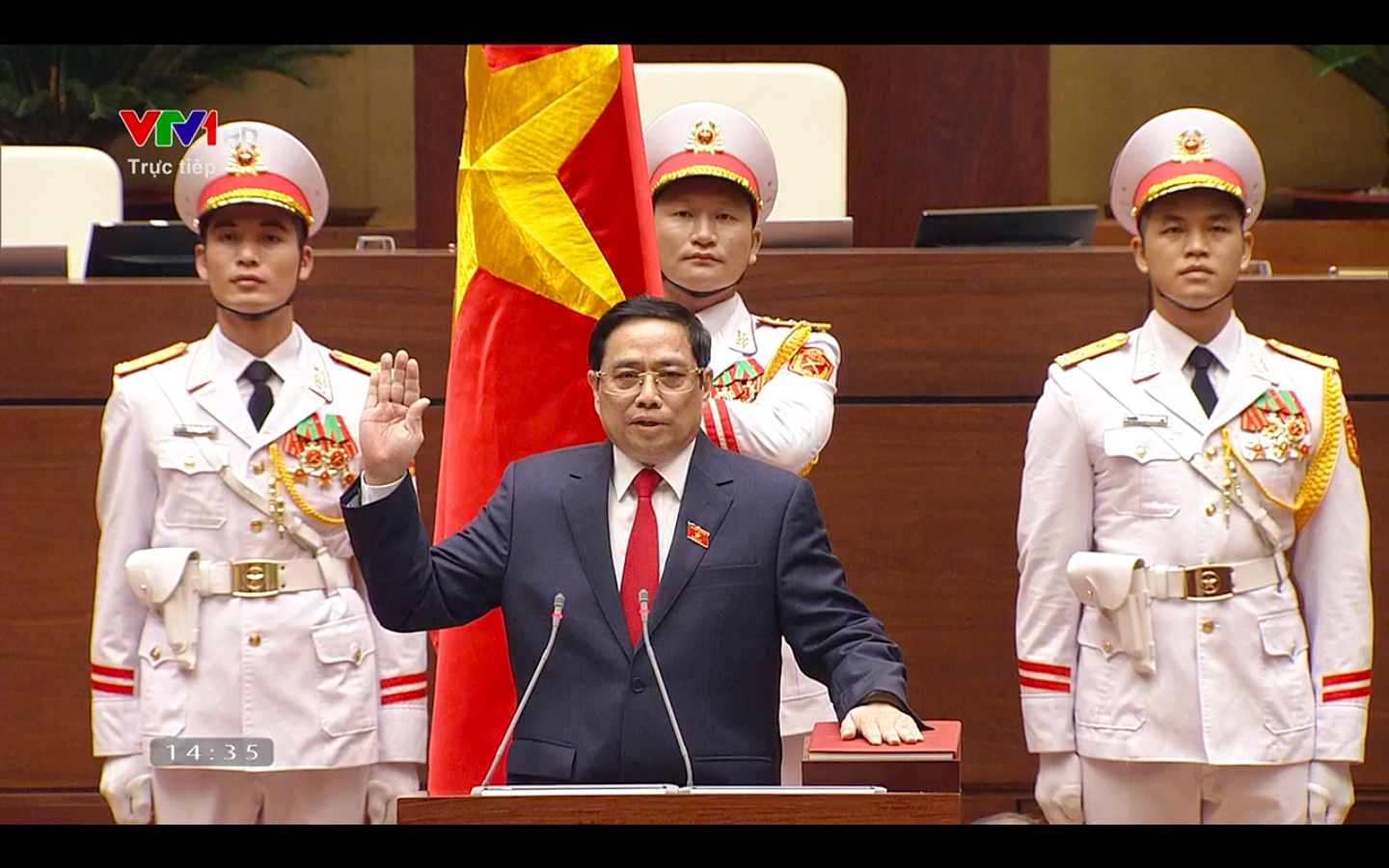 The election was conducted during the NA’s first session, which is scheduled to take place in Hanoi from July 20 to 28.

Chinh garnered a 96.99 percent approval rate after all of 484 attending delegates voted for him.

A resolution on the election was then adopted.

During a televised ceremony, PM Chinh swore allegiance to the nation, people, and constitution, asserting that he will exert efforts to complete the missions assigned by the Party, the State, and people.

Born in 1958 in the north-central province of Thanh Hoa, Chinh was elected as prime minister for the 2016-21 tenure on April 5, replacing Nguyen Xuan Phuc, who took office as state president.

From February 2016 to April 2021, Chinh was the head of the Communist Party of Vietnam’s Organization Commission, which is charged with nominating and approving the appointment of officials across the country.

He was named Deputy Minister of Public Security in August 2010 after being promoted to the lieutenant general rank one month earlier.

Chinh served as secretary of the Party Committee in northern Quang Ninh Province for the 2010-15 term.

The politician earned a PhD in law in 2000 after starting his work at the Ministry of Public Security in 1996.

He was a first secretary at the Vietnamese Embassy in Romania in 1989.