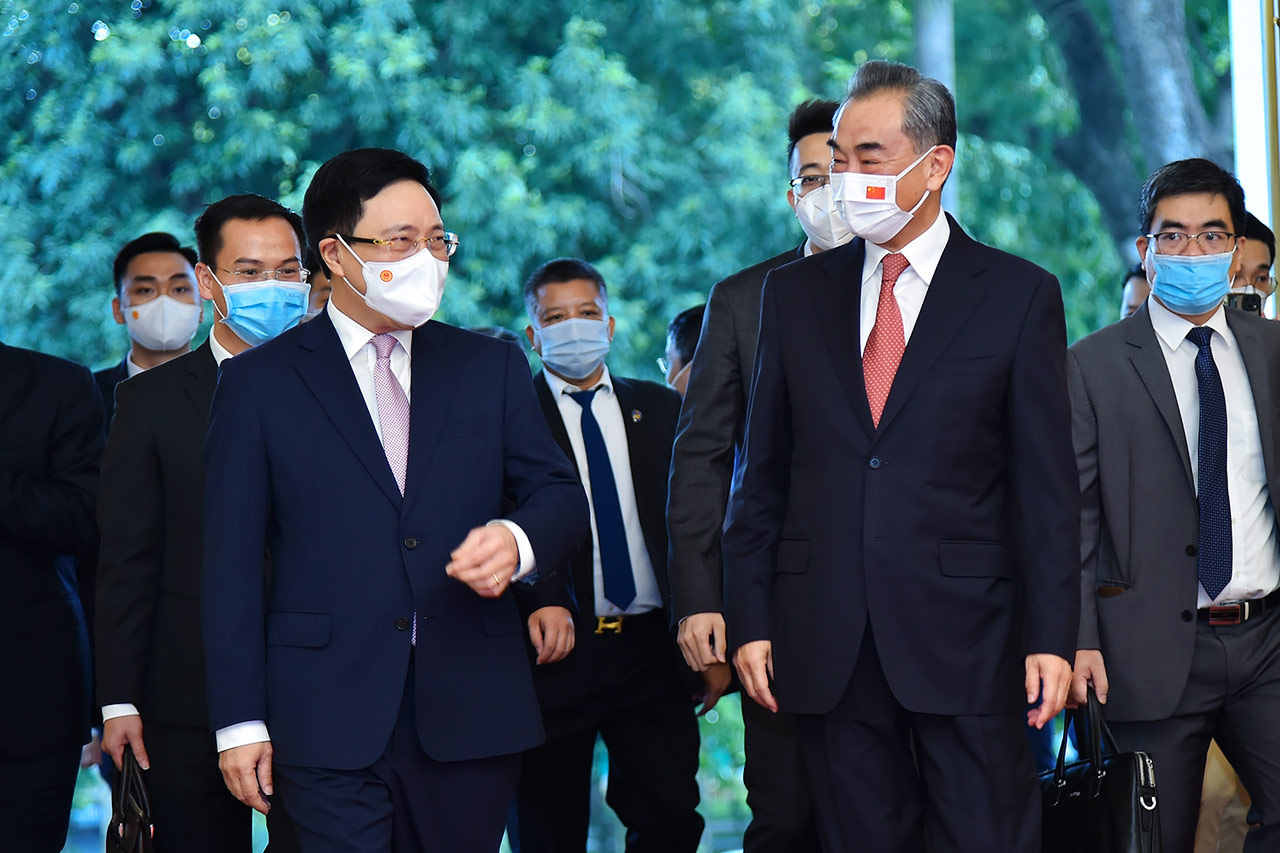 The shipments of vaccine will be delivered this year, bringing China’s total donations to the Southeast Asian country to 5.7 million shots.

Following his arrival in Hanoi, Wang co-chaired a meeting of the China-Vietnam steering committee for bilateral cooperation – an inter-government mechanism – with Vietnam deputy premier Minh.

The two sides agreed that the Vietnam-China relationship maintains a positive development trend, with their key leaders continuing close contact and exchanges through various forms and at high frequency since the previous meeting in July 2020.

Exchange and cooperation among ministries, agencies and localities have also been promoted, including helping each other in the fight against COVID-19.

The two leaders also discussed a number of issues such as unbalanced trade, export congestion at China’s border gates, and the need to accelerate the progress of some economic cooperation projects.

The two sides agreed to promote the organization of high-level visits and meetings, effectively implement cooperation between the two Parties, and promote the important role of the two foreign ministries in coordinating and strengthening the two countries’ relations.

Regarding vaccines, Wang announced that China will offer three million more doses of COVID-19 vaccine to Vietnam this year.

Some Chinese localities have also donated vaccines and medical equipment to Vietnamese localities, according to the Chinese foreign minister.

Minh and Wang agreed to resume commercial flights when conditions permit in order to facilitate traveling and goods transporting.

The two sides saw eye to eye to implement effective measures to push economic and trade cooperation in a sustainable, stable, and balanced manner while finalizing procedures to open the market for some agricultural produce of Vietnam.

Discussing the border and territorial issues in an open and frank manner, the two sides agreed to cooperate to manage well the land border on the basis of strict compliance with agreements and legal documents on the border.

Regarding the issues at sea, the two countries agreed to continue to control disagreements and not take any action to complicate the situation and expand disputes.

The two countries agreed to maintain peace and stability in the East Vietnam Sea.

Deputy PM Minh emphasized the importance of respecting each other’s legitimate rights and interests, in accordance with international law, including the 1982 United Nations Convention on the Law of the Sea.

After Friday’s meeting, Chinese foreign minister Wang is expected to continue his three-day visit in Vietnam with talks with Vietnamese Minister of Foreign Affairs Bui Thanh Son and meetings with senior Vietnamese leaders.