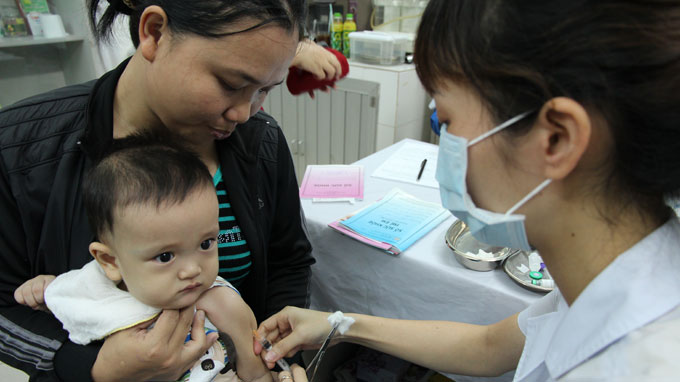 Vietnam is among nine countries in the Western Pacific region that face the most serious threat of viral hepatitis, a “silent” disease that causes a severe impact on public health, experts said at a meeting in south-central Vietnam last weekend.

According to the World Health Organization (WHO), the other eight countries are Cambodia, Kiribati, Laos, Papua New Guinea, the Philippines, the Solomon Islands, Samoa, and Vanuatu.

The warning was released at the 9th National Liver Conference, which was held in Nha Trang City of Khanh Hoa Province on Friday last week, drawing more than 300 delegates from major hospitals and universities in Vietnam and abroad.

Addressing the event, which was organized to mark World Hepatitis Day (July 28), Dr. Dinh Quy Lan, chairman of the Vietnam Hepatic Association, warned that viral hepatitis kills about 1.4 million people around the world per year – close to the number of deaths caused by HIV/AIDS, and more than those brought about by malaria and tuberculosis.

In addition, every year sees about 500 million people suffering from cirrhosis of the liver or liver cancer caused by viral hepatitis, Dr. Lan said.

In the Western Pacific region alone, the hepatitis B virus is responsible for almost 900 deaths per day, according to the WHO.

Although placed among the nine Western Pacific countries that suffer the most from viral hepatitis, Vietnam has in recent years made encouraging achievements in the prevention of this disease, experts said at the conference.

More than 50 percent of newborn babies have been vaccinated against hepatitis B in the past 10 years, thus remarkably lowering the rate of infection, they said, adding that no hepatitis A and E epidemics have broken out during the past 30 years.

Besides, many liver transplant cases have successfully been performed in Vietnam, they said. At the conference, experts presented 30 papers focusing on symptoms and treatment of liver and gall diseases, hepatitis B and C prevention, and liver transplants. These experts also provided useful, basic information about liver inflammation. “Improving the knowledge of viral hepatitis among the public is one of the effective ways to prevent the disease in communities,” Dr. Lan said. “In fact, many people with viral hepatitis, mainly hepatitis B, do not know why and when they were infected with it; thus it is nicknamed ‘the silent killer’,” the doctor said.Five types of viral hepatitis Viral hepatitis is an inflammation of the liver caused by one of the five hepatitis viruses: A, B, C, D and E, experts said.   The five hepatitis viruses are transmitted through different routes: hepatitis A and E through contaminated food and water; hepatitis B through blood and other bodily fluids; and hepatitis C and D mostly through blood, they said. These viruses can all cause acute hepatitis, but most people fully recover from acute infection. However, hepatitis B and C infection can lead to chronic liver disease, the most common cause of liver cirrhosis and liver cancer, according to the WHO.