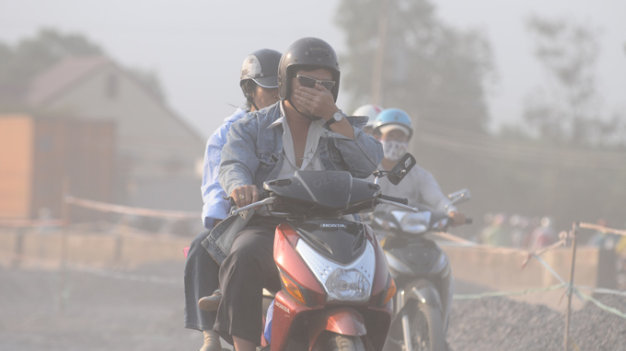 Environmental pollution in Vietnamese has caused damage that deprives the country off 5.5% of its GDP annually, Bui Cach Tuyen, Deputy Minister of Natural Resources and Environment, citing the World Bank, said on Wednesday.

>> Vietnam titanium miner suspended for causing pollution Tuyen released the striking figure at a ceremony held by the ministry in Thai Nguyen Province yesterday to launch activities in response to the “Clean Up the World” campaign in 2014. This campaign was first initiated in Australia in 1993. It was later launched globally by the United Nations Environment Program in the third week of September every year, attracting more than 130 countries.

Speaking at the ceremony, Deputy Minister Tuyen said experience from developed countries shows that the cost of activities to handle pollution is higher than the cost of investment in facilities to control pollution from the outset.

Besides the above GDP loss, the country also suffered a damage of nearly US$800 million in the field of public healthcare caused by environmental problems, he said. According to the General Department of Statistics, Vietnam’s GDP value in 2013 reached approximate US$176 billion, up 13.2 percent from 2012.  In response to the above world campaign, which draws 130 countries, activities will be launched in Vietnam with the theme  “Take action for an environment without garbage,” said Deputy Minister Tuyen.