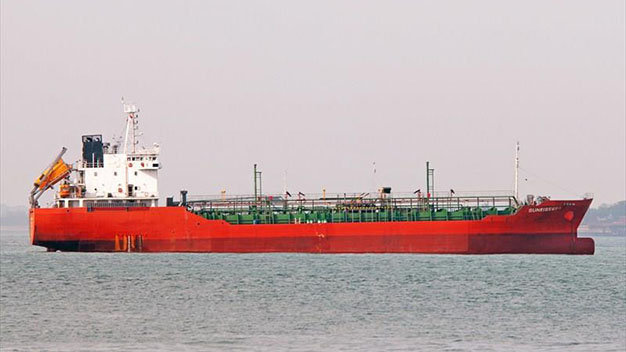 The Vietnamese oil tanker Sunrise-689, which was reported missing on October 3, was hijacked by pirates who stole oil and then released the ship, which is returning to Vietnam, a Vietnamese agency said Thursday morning.

>> Vietnam seeking outside help in search for missing ship >> Search underway for missing tanker with 18 Vietnamese sailors The ship, which is owned by the Hai Phong Fishery Shipbuilding Company, is sailing to the southernmost province of Ca Mau, the Vietnam Maritime Search and Rescue Coordination Center (Vietnam MRCC) reported.    The High Command of the Vietnam Coast Guard, under a directive of the Ministry of Defense, has dispatched two boats to rendezvous with the ship, the National Committee for Search and Rescue said. One of these boats – CSB 2004 – left Ca Mau this morning, while the other – CSB 2001 –  left Phu Quoc. After leaving the island at 7am, CSB 2001 came into contact with the tanker 30 minutes later, and is expected to reach the ship by noon, the committee added. The ship was reported missing on October 3 while it was carrying over 5,200 tons of oil from Singapore to Vietnam’s nothern Quang Tri Province. The captain of the ship, Nguyen Quyet Thang, used his mobile phone to inform the company that the ship had been attacked by pirates, the Vietnam MRCC said.   The pirates destroyed the vessel’s communication equipment, stole a significant portion of the oil, and injured two of the 16 sailors, the agency said, citing Thang. After being released by the pirates, the tanker received support from two fishing boats while it sailed towards Vietnam. The ship is expected to reach Ca Mau this afternoon, the agency said. A Tuoi Tre reporter from Hai Phong also reported that at about 5:30 am this morning, October 9, Thang called his company to report that his ship had been hijacked. In talking with the reporter this morning, Dao Van Quang, the director of the company, said the hijacking occurred only a couple of hours after the boat left Singapore. “Sailors said the pirates may have come from Singaporean waters, and that they had taken one-third of the more than 5,200 tons of oil on board, and then released the tanker,” Quang said. “Two sailors were attacked by the pirates and sustained injuries. The remaining sailors are in good health,” Quang added.    “The ship will reach the mainland in about 10 hours,” he added. Nguyen Nhat, head of the Maritime Administration of Vietnam, confirmed that the Vietnam MRCC had been in contact with the ship’s captain. Nhat also confirmed the pirates had stolen about one-third of ship’s oil cargo. Tran Thi Bich, the wife of the ship’s captain, said that Thang was held by pirates in the Caribbean Sea for eight months three years ago. The hijacking of the Sunrise-689 occurred four months after Thang began working for the Hai Phong Fishery Shipbuilding Company, Bich said.  The Vietnam National Committee for Search and Rescue previously reported that contact with the Sunrise-689 was lost at 4:27 am on October 3, when it was about 120 nautical miles northeast of Singapore and 360 km southeast Ca Mau. Meanwhile, Bich said she was still able talk on the phone with her husband at 12 am on October 3. The call lasted for nearly seven minutes, and contact had been lost since then.