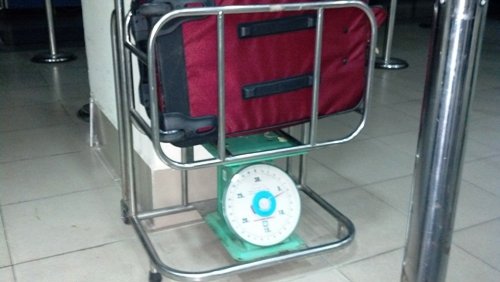 A female passenger has been fined for slapping the face of a Vietnamese low-cost carrier when she was about to board a domestic flight at Tan Son Nhat International Airport in Ho Chi Minh City last week.

The decision to fine N.T.H., 35, living in Hai Ba Trung District in Hanoi, VND7.5 million (US$345) for the administrative violation was signed by Tran Doan Mau, director of the Southern Airports Authority, on Saturday.

H. was carrying two pieces of luggage, after completing boarding procedures at Tan Son Nhat, when she was on the point of boarding flight VJ150 of VietJet Air from Ho Chi Minh City to the capital city on April 7.

As a VietJet Air employee, working near departure gate No.16 of the domestic terminal, realized that the total weight of H.’s luggage might have exceeded the 7kg cap, he asked her to weigh it again at a point near the gate.

Even though she proceeded to put the luggage on the scale again, H. still did not agree with that requirement of the employee and thus slapped him on the face.

The baggage was then found to be really heavier than allowed by aviation regulations.

The airport security force, representatives of the Southern Airports Authority, and the budget airline created a record of the misbehavior of the passenger immediately after that, with her agreeing to sign it.

Aviation authorities said passengers are allowed to carry only one piece of portable baggage weighing up to 7kg with a of size 56x36x23 cm when boarding an aircraft.

Any excess baggage must be deposited at check-in counters before boarding.