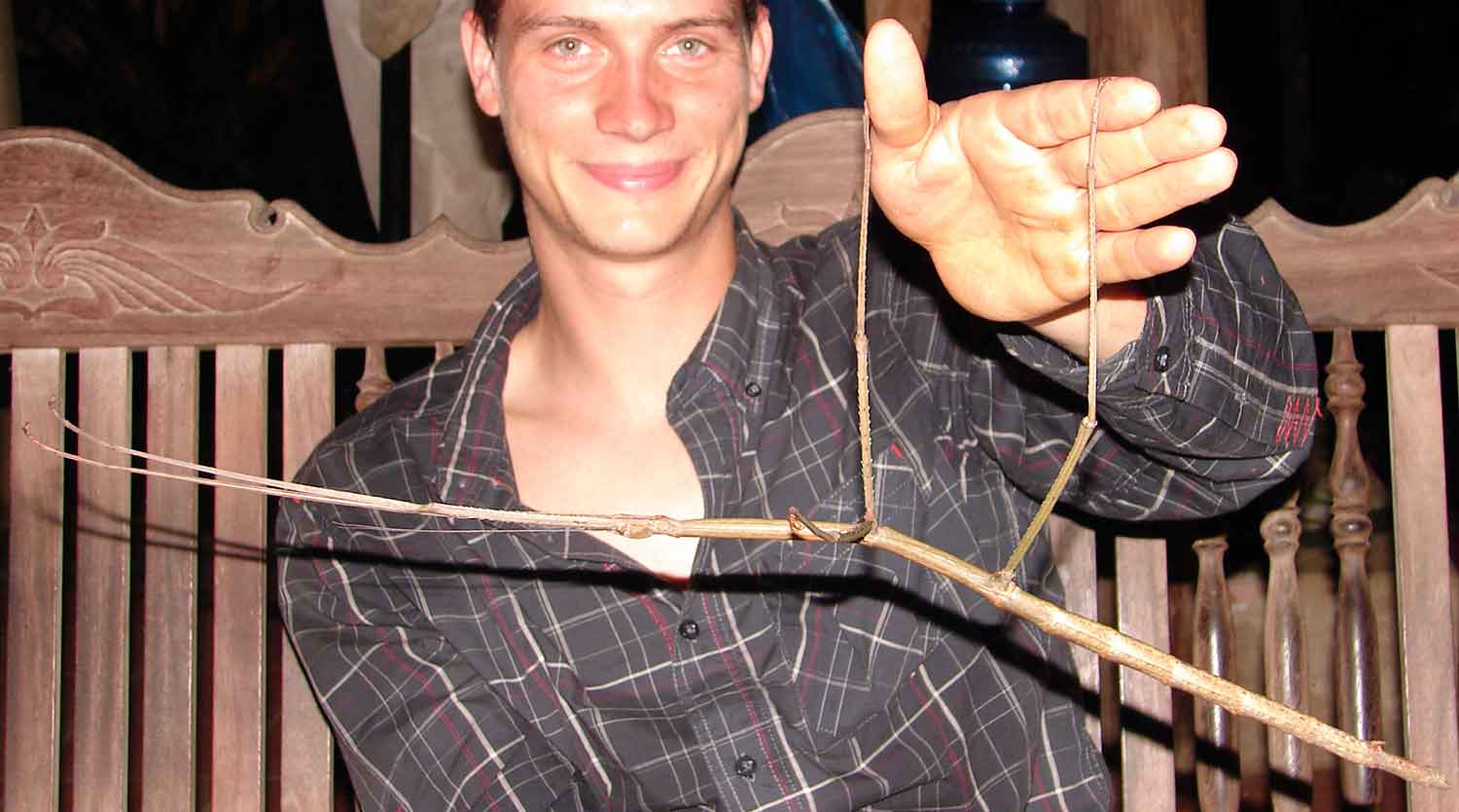 Seventy new species of plants and animals were discovered in Vietnam in 2014, including color-changing thorny frogs, fanged bats, and the world’s second-longest insect (Phryganistria heusii yentuensis), according to a newly released report of the World Wide Fund for Nature (WWF).

Those species, many of which are endangered, are among 139 new species that were discovered by the WWF in the Greater Mekong Sub-Region last year, as shown by the Magical Mekong - New Species Discoveries 2014 report unveiled in Vietnam on Thursday by the fund.

The newly discovered species are comprised of 90 plants, 23 reptiles, 16 amphibians, nine fish, and one mammal, 70 of which were found in Vietnam, the report said.

With the new discoveries counted, the number of new species found in the Greater Mekong Sub-Region in the 1997-2014 period totaled 2,216 species, according to the 12-page report.

Van Ngoc Thinh, country director of WWF Vietnam, told government website chinhphu.vn that Vietnam has huge potential in species diversity, including some of the most unique in the world.

Such potential value in biodiversity needs intensive research for preservation purposes, he said.

However, according to experts, as soon as they are discovered, those species face great dangers. So, it is essential for Vietnam to continue commitments to protect important habitats for wildlife.

According to Thinh, WWF Vietnam will focus on effective conservation, sustainable management, and adaptation to climate change in Vietnam for the next five years, while making important environmental strategy esteem and contributing to conservation and sustainable development for the natural environment for wildlife in the country.

WWF works with governments and businesses to create a sustainable future for the Greater Mekong based on healthy, functioning ecosystems, it said in a press release for the Magical Mekong - New Species Discoveries 2014 report.

“Scientific exploration has an important role to play in the future of the Mekong region, and fascinating new species like the ones discovered in 2014 can draw more conservation attention to the region, while a thorough understanding of the patterns and distribution of biodiversity can help direct conservation resources to the highest priority areas,” it said.