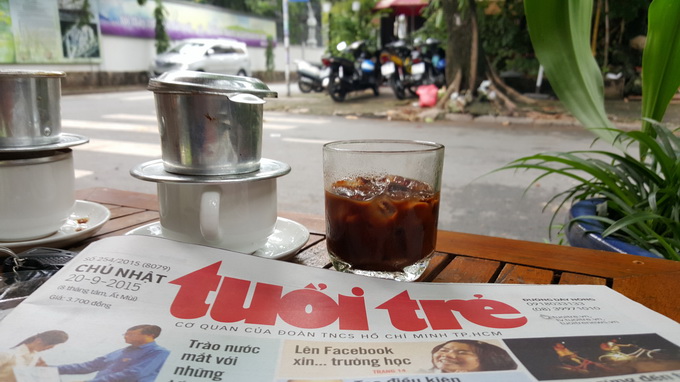 Here are the leading news stories about Vietnam you do not want to miss today, December 12.

-- The Joint Coordination Committee on Cambodia-Laos-Vietnam Development Triangle Area held its tenth Meeting in the Lao province of Champasak on Friday, where ministers reviewed the execution of the socio-economic development plan for the triangle area from 2010 to 2020.

-- Nguyen Thanh Phong, the newly elected chairman of Ho Chi Minh, told reporters after taking the post on Friday he is committed to finding a special mechanism to lead the southern metropolis to a breakthrough development.

-- Fourteen were injured when a bus carrying 50 passengers, mostly college students, overturned and fell into a paddy field in the south-central province of Binh Dinh on Friday.

-- The administration of Ca Mau, the capital of the namesake province in southern Vietnam and one of the localities that are heavily indebted, will clear its VND81 billion (US$3.62 million) debt by the end of this year, the city’s deputy chairman asserted Friday.

-- Nine female workers of the Nidec Sankyo Co., located in the Saigon Hi-Tech Park in District 9, Ho Chi Minh City, have been stabbed by syringe needle into their chest by an unidentified man, and are now receiving pre-exposure prophylaxis for HIV prevention.

-- A 21-year-old inmate managed to escape from a prison in the north-central province of Thanh Hoa on Friday morning, but was captured back later the same day as 21 police officers were dispatched to hunt for him.

-- The Terminal T2 of Hanoi’s Noi Bai International Airport, Nhat Tan Bridge, and the road connecting the terminal and the bridge, all funded by Japanese ODA loans, were Friday granted the President Award, which recognizes their practical and significant contributions to local socio-economic development, by the Japan International Cooperation Agency.

-- A $13.8 million steelmaking plant, operated by SENDO Co. Ltd., a joint venture between Vietnam’s SMC and Japan’s Hanwa, was inaugurated in the southern province of Ba Ria-Vung Tau on Friday.

-- The ASEAN Community, whose establishment is slated for the end of this year, will not only bring chances but also challenges for Vietnam, at a time when the country lacks both awareness and preparatory actions, the Vietnamese Minister of Foreign Affairs said at a conference in Hanoi on Friday.

-- The Hanoi administration has tasked the city’s Department of Construction to consider making the Botanic Garden and Thong Nhat Part admission-free from the beginning of next year.