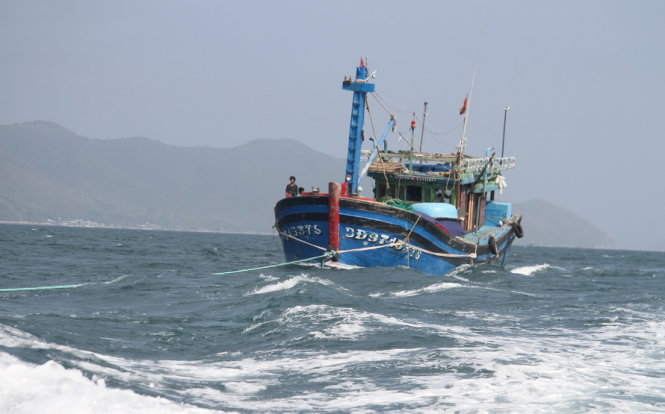 Royal Thai Navy says 11 Vietnamese fishing vessels and 102 fishermen aboard were arrested between April 3 and 7 for violating Thailand’s waters, the Vietnam News Agency reported on Thursday.

The announcement was made at a press conference in Bangkok on Thursday morning, following the April 5 apprehension of five Vietnamese boats and their 37 seamen for allegedly fishing in the country’s exclusive economic zone.

On April 3, five other Vietnamese boats and 47 fishermen were captured in Thai waters for similar reasons.

Sailors on the boats said they set off from Vietnam’s southernmost province of Ca Mau on March 27 and were detained on April 5 close to the site of the previous capture.

The boats and fishermen have been escorted to Thailand’s Sattahip Naval Base in the province of Chonburi for further questioning.

A representative of the Vietnamese Embassy in Thailand has been present to protect the legal rights of Vietnamese citizens, and has demanded that local authorities handle the issue on the basis of humanitarianism and adherence to international law.

The sailors are currently being held in custody at the 1st Naval Area of Thai Navy while they await trial.