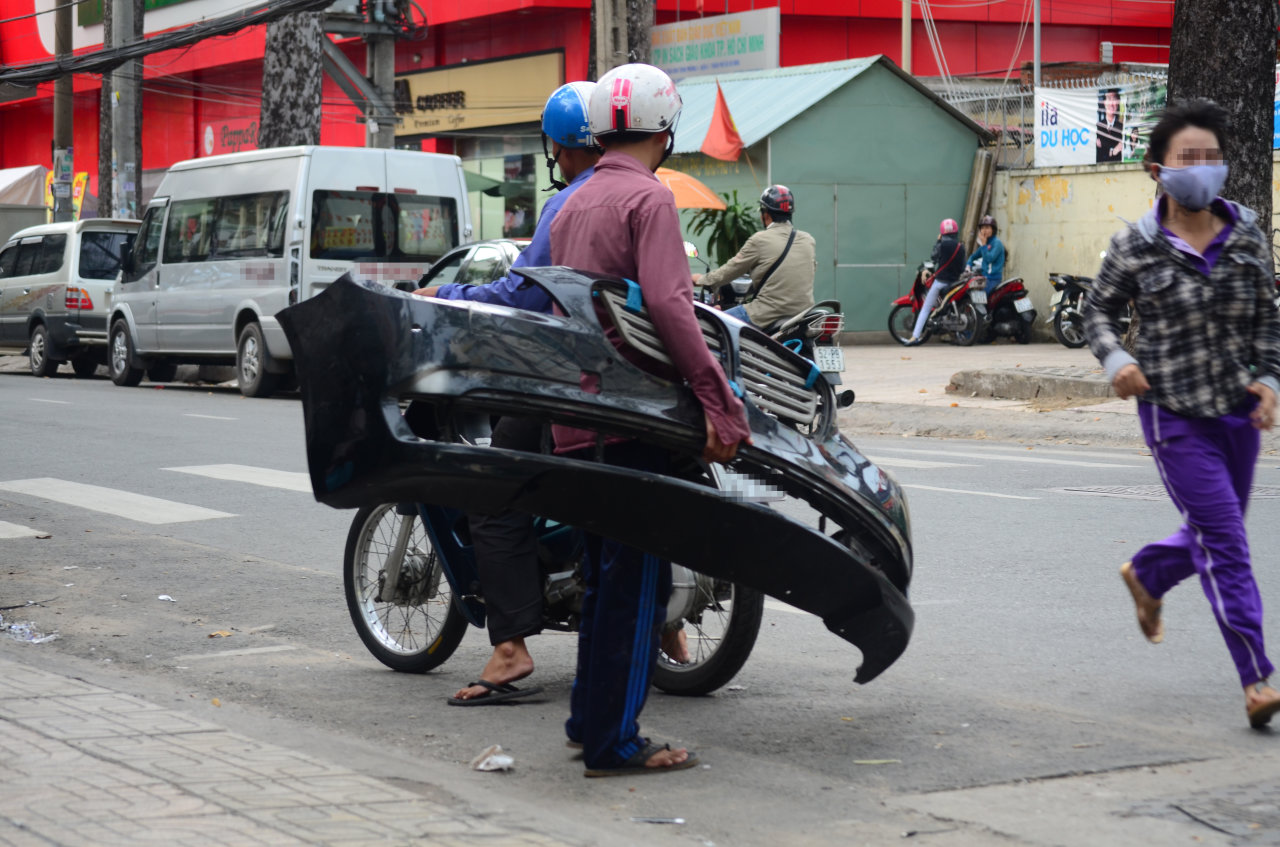 A Tuoi Tre (Youth) newspaper reporter went undercover as a car owner seeking spare parts in order to get an insight into how stolen auto parts are ‘laundered’ in the market.

The journalist arrived at auto shops on An Duong Vuong and Tran Binh Trong Streets in District 5, posing as the owner of a Toyota Innova 2.0 looking for a pair of rear-view mirrors.

At a store named L. on Tran Binh Trong Street, the owner was initially skeptical, asking a lot of questions to ensure his buyer was not undercover.

Following a long conversation, the shopkeeper eventually opened up and named a price for the mirrors, which were VND2 million (US$89) each.

The seller assured the reporter that the products were authentic and still new despite being second-hand, adding that they would be delivered in about five minutes as he did not keep them at the venue.

He reiterated that his shop did not offer stolen products, claiming that three or four car owners would come to his shop to purchase auto parts on a daily basis because their original components had been stolen.

For the same purpose, the reporter arrived at another shop on An Duong Vuong Street, where the shopkeeper offered the same rear-view mirrors at VND1.8 million ($80) each.

If the deal was made, she would have delivered the item to her shop or the buyer’s address the following day, with some VND500,000 ($22) required as payment up front.

The components of expensive cars are not always available, she explained, adding that her products were not stolen.

According to the shop owner, some dishonest merchants purchased stolen parts at low cost to re-sell them at a much higher price.

A stolen rear-view mirror can be bought for under VND500,000 from thieves, but would normally be offered at nearly VND2 million to most consumers.

Many buyers are aware that the second-hand auto components are stolen, she continued, before adding that they opt to buy them based purely on the lower cost compared to brand new ones.

Aside from the two streets, Nguyen Cong Tru and Yersin Streets in District 1 are also home to multiple body shops and stores of used auto parts, where local car owners often arrive to look for their stolen components.

Instead of selling their loots publicly like in the past, thieves are now more cautious.

They only make deals with some shopkeepers and deliver the products whenever buyers make a purchase.

According to T., a motorbike taxi driver stationed on An Duong Vuong Street, car owners previously had to scout the same streets where their auto parts were stripped in order to buy them back.

“Now they will not make a deal if you are a stranger,” T. continued.