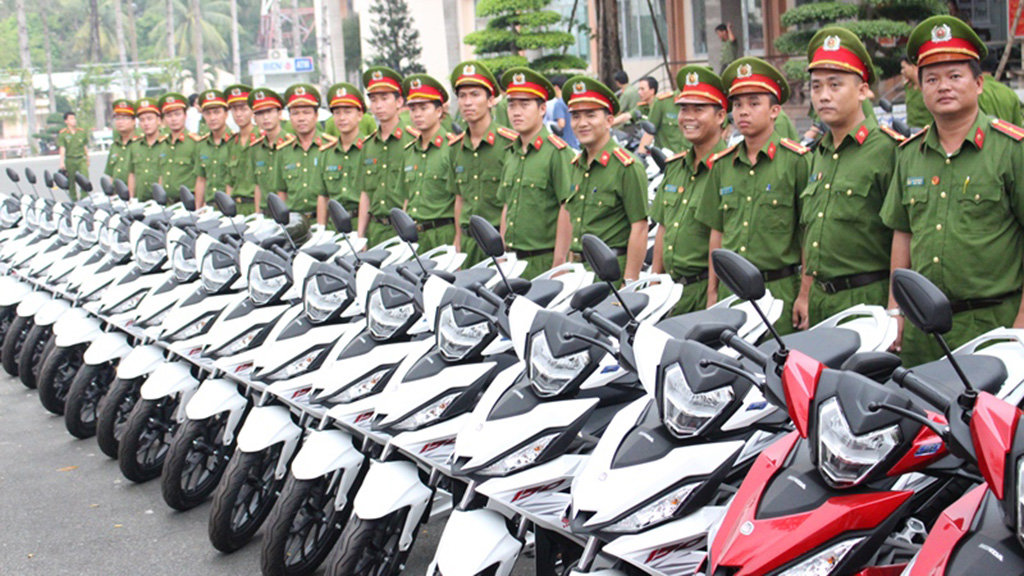 Police in the southern Vietnamese province of Binh Duong have been granted 100 brand new motorcycles to facilitate their crime-fighting efforts.

The provincial People’s Committee presented the police department with 100 Honda Winners, a 150cc manual motorbike, to aid in their fight against crime in the province.

Funded by the local budget, the vehicles, suitable for both patrols and high-speed chases, carried a total expense estimated at over VND4.3 billion (US$198,304).

According to the Binh Duong administration, the local security situation has become increasingly complicated as workers and immigrants from other provinces begin to overwhelm the local population.

The new vehicles are expected to assist local law enforcement and reduce theft and robbery in the area.

During a ceremony, the motorbikes were distributed to criminal police units, anti-drug units, and district level police stations throughout the province.