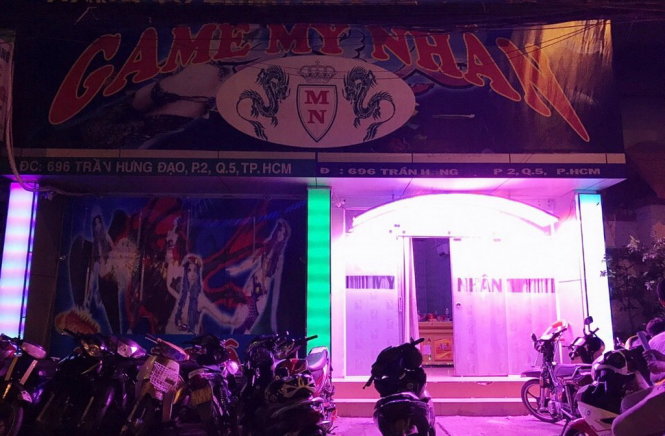 Eighteen people have been found testing positive for drugs in a police swoop on a computer game café in Ho Chi Minh City.

A group of officials, including police, unexpectedly checked two Internet cafés that offer computer games on Tuesday night and discovered 18 people, including three staff members and 15 gamers, being drug-positive at the venue at 696 Tran Hung Dao Street, District 5.

The officials also found a small bag of white powder suspected to be drugs at the café.

The café is run by My Nhan Game Company Ltd., owned by Pham Thi Dieu Hien, a 28-year-old woman from the central city of Da Nang.

Authorities confirmed that the company failed to present documents to prove the legitimacy of 12 game machines at the time of the raid.

At each of the cafés, there was a book recording the pawning of motorbikes, cellphones, and motorbike ownership papers by gamers, police said.

Officials have sealed the game machines at the cafés and handed those testing positive for drugs as well as the pawned bikes to police officers in District 5 for further investigation and handling.