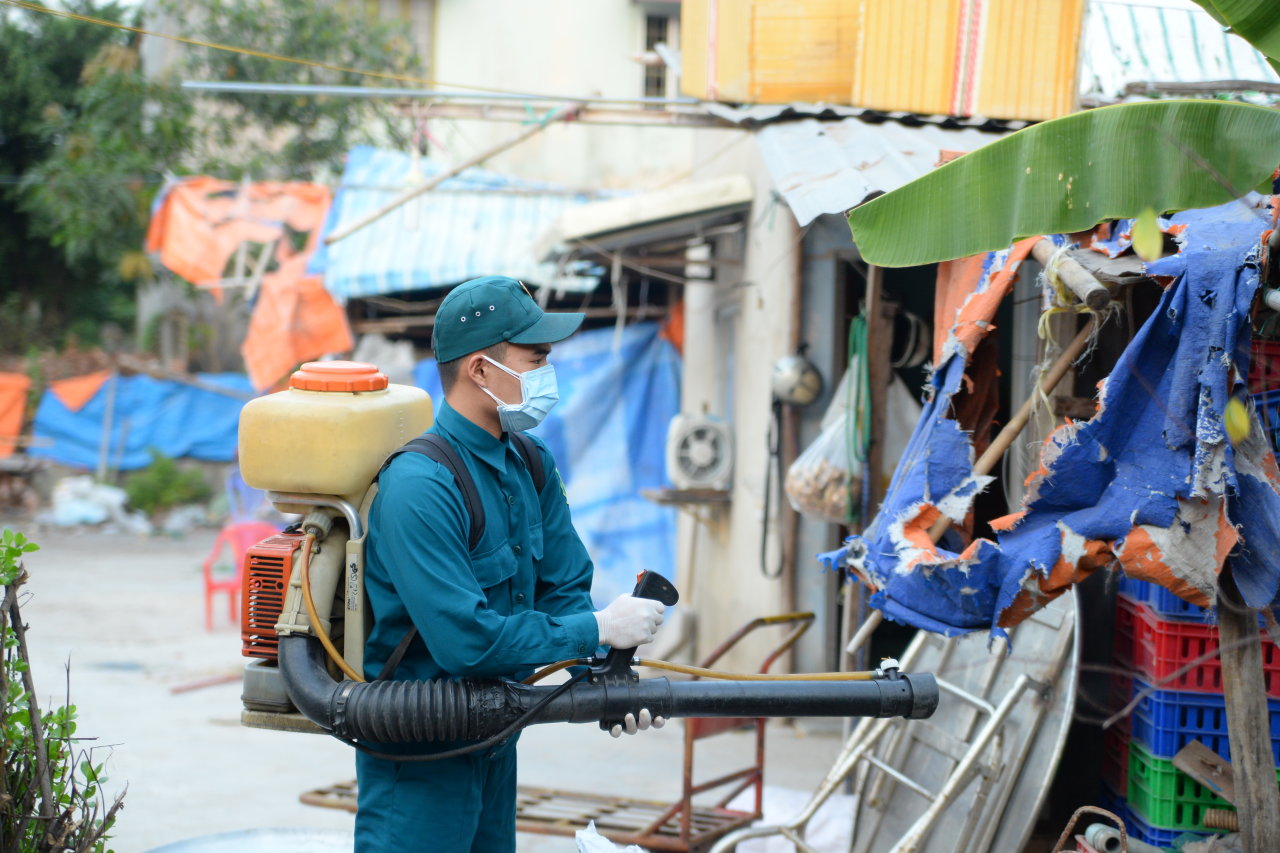 Residents in Ho Chi Minh City are in shock after being handed fines by local authorities’ for noncompliance with preventive measures against mosquitoes.

A total of 74 households across the southern hub have been slapped with administrative penalties for failure to kill mosquito larva in the effort to prevent the spread Zika disease.

According to Tran Minh Tu, chairman of the People’s Committee in Hiep Binh Chanh Ward, Thu Duc District, six of these fines have been issued in the area.

Each violator was fined between VND700,000 (US$31) and VND1.5 million ($66.4) for dumping substances and objects that could potentially cause an outbreak of the contagious diseases, said Chairman Tu.

Prior to handing out punishments, authorities called on local citizens to carry out practical measures aimed at eliminating mosquito larva, such as covering water containers inside the house.

Regular inspections were carried out to ensure compliance with these directives, the official said, adding that those who were given penalties had already received warnings for previous violations.

A resident in Hiep Binh Chanh Ward expressed surprise after finding his name on the list of violators.

Meanwhile, violator N.T.N. agreed that the sanctioning was reasonable, admitting that his family had been so busy at work that they forgot to tidy their home, despite reminders from local inspectors.

According to Nguyen Tri Dung, director of the Preventive Medicine Center of Ho Chi Minh City, the penalty was promulgated in a government decree which took effect on December 31, 2013.

However, the sanctioning is still limited, Dung stated, explaining that only 55 of these violations were recorded in 2015 and 74 in 2016, occurring primarily in October and November after the Zika disease had spread to multiple districts in the city.

The health official urged local authorities to be sterner in punishing residents who refuse to join in preventing the epidemic.

Zika is caused by a virus transmitted primarily by Aedes mosquitoes, according to the World Health Organization (WHO).

People with Zika can exhibit symptoms including a mild fever, skin rashes, conjunctivitis, muscle and joint pain, malaise or a headache that normally lasts between two and seven days, the WHO said.

Despite local authorities’ efforts to curb the widespread of the disease, the number of patients in the city continues to rise on a daily basis, exceeding 100 as of December 6, according to the city’s Preventive Medicine Center.