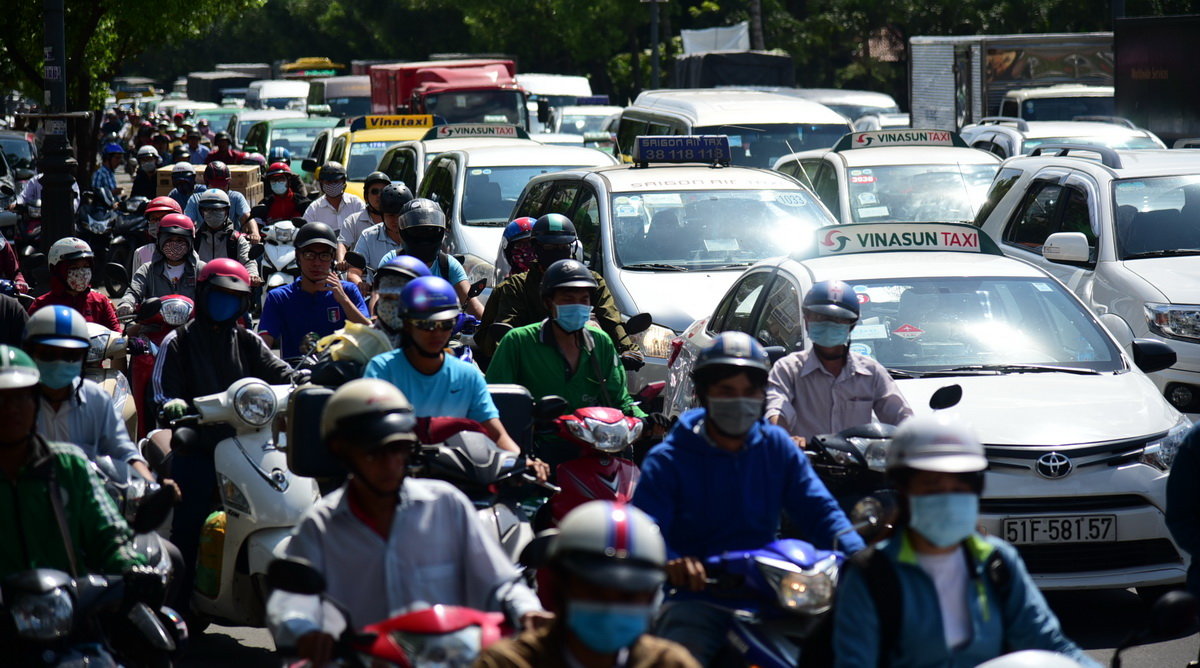 A severe traffic jam lasting several hours occurred at the entrance to the international airport in Ho Chi Minh City on Monday, causing huge delays for local commuters and travelers.

The congestion began in the morning and lingered until the afternoon, creating myriad difficulties for people entering and exiting the airport as well as for local residents.

According to Dong Cong Thanh, a traffic police officer from the unit stationed at the airport, the bottleneck began at around 10:00 am due to the large numbers of vehicles traveling to the facility.

The sudden increase in travelers to the airport at the beginning of the week was the primary reason for the problem, traffic police said, confirming that there was no traffic accident prior to the congestion.

“It took me about 30 minutes to travel a short distance on Truong Son Street to the airport,” Phan Van Thanh, a cabbie said, adding that some passengers decided to abandon their taxis and walk to the airport.

The congestion was eventually alleviated by 2:00 pm.

People ride their motorbikes on the sidewalk due to the congestion. Photo: Tuoi Tre

A passenger walks to the airport. Photo: Tuoi Tre

A police officer works relentlessly to control the traffic despite the heat. Photo: Tuoi Tre

Severe gridlock at the Lang Cha Ca flyover in Tan Binh District, in front of the airport. Photo: Tuoi Tre