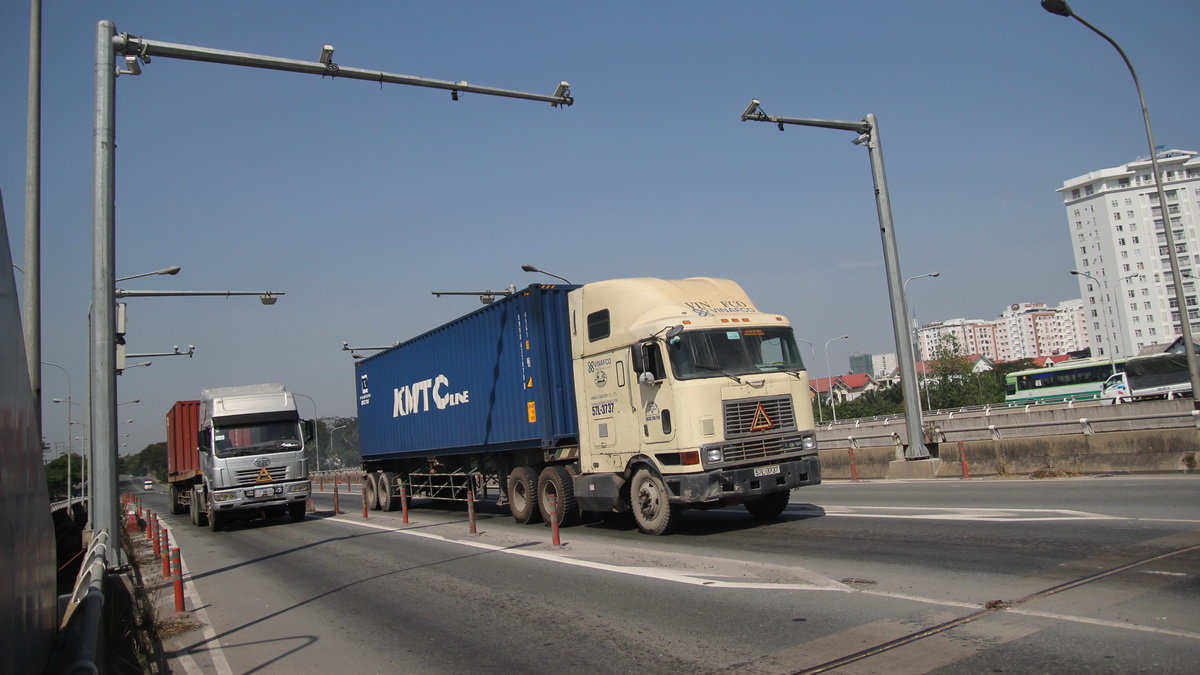 In Vietnam, overloaded trucks slip through net thanks to inactive costly weigh stations

Several weigh stations across southern Vietnam, whose construction ran into the billions of dong, have proven ineffective as overloaded truck drivers continue to dodge the checkpoints.

Authorities in Ho Chi Minh City and several provinces in the south have spent billions of dong (VND1 billion = US$43,833) building the stations only to discover the facilities nearly abandoned.

According to Tuoi Tre (Youth) newspaper reporters’ observation at the Ong Lon Bridge checkpoint on Nguyen Van Linh Street in District 7, Ho Chi Minh City, a truck was able to travel past the station even though its automatic devices indicated that the vehicle was carrying nearly 20 percent more than its capacity.

About four minutes later, another truck also in violation of its load capacity was allowed to run through the weigh station without any intervention.

From midnight to 7:00 am on February 8, the journalists observed a total of 17 overloaded trucks passing the checkpoint without any reaction from the authorities.

The night shift was performed by Inspector Truong Van Sang, whose record book showed that no vehicles had committed an offense regarding their load capacity.

The weigh bridges were installed along three lanes of the road, allowing truck drivers to dodge them by traveling in the outer lane.

Records also showed that the Ong Lon Bridge weigh station had encountered multiple technical errors since its construction in July 2016.

The facility was forced to be closed for some 16 days in order to have its system checked and maintained before the end of November last year and was shut down for a further five days in December due to several problems.

Speaking with Tuoi Tre, Ngo Hai Duong, head of the Road Infrastructure Management and Exploitation Division under the transport department, said that four similar weigh stations had been built across the southern city, each costing about VND7 billion ($306,834).

According to N.H.D., a truck driver in the Mekong Delta province of Tien Giang, his daily journey often includes passing through two weigh stations.

“However, the two checkpoints have been out of order for months,” D. added.

One of the facilities was installed on a section of National Highway 60 in the Mekong Delta province of Ben Tre, and began operating two years ago, with construction costing VND1.8 billion ($78,900).

It has been abandoned since late 2016.

According to Nguyen Van Son, chief traffic inspector from the Ben Tre Department of Transport, the station was closed due to ongoing maintenance of its weighing equipment.

The process can take a long time as the devices are transported to Hanoi for inspection.

The other checkpoint was constructed in Tien Giang and has been out of order since October last year.

Various problems have occurred to the equipment during its operation, the provincial transport department said, adding that each repair takes weeks or even months to finish.

In the Mekong Delta city of Can Tho, a similar station has ceased operating since September 2016.

A weigh station is temporarily shut down for maintenance. Photo: Tuoi Tre