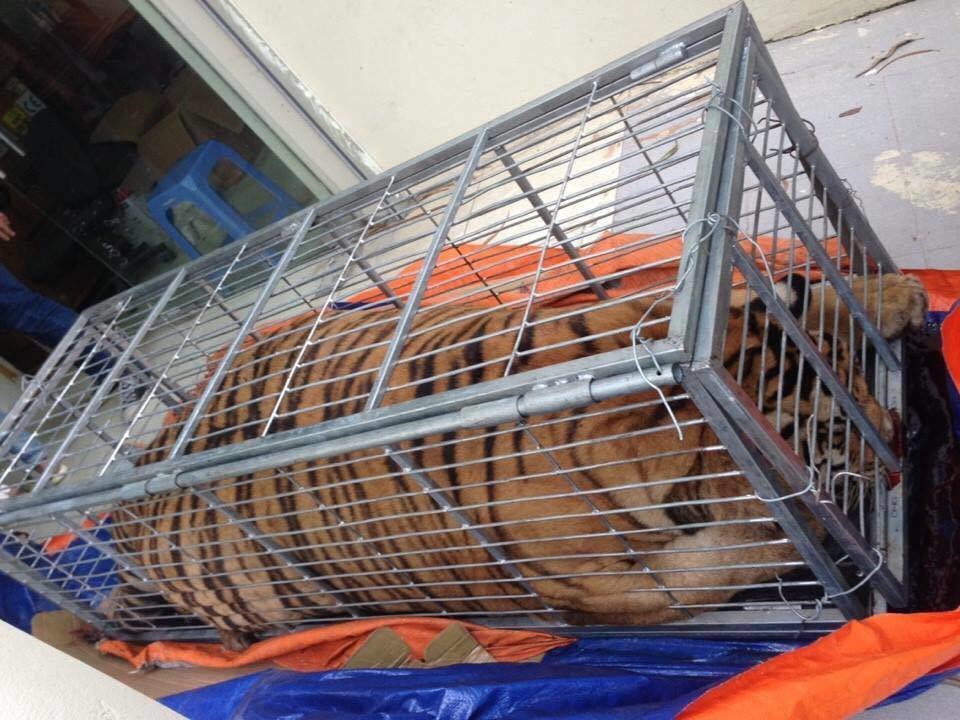 The group was caught red-handed transporting a live tiger, chamois bones, and deer antlers from the north-central province of Nghe An to the Vietnamese capital.

According to preliminary information, a customer contacted Van in early May asking to purchase a tiger for VND7 million (US$308) per kilogram.

The customer’s intention was to use the animal for tiger bone paste, with Van being offered a VND40 million ($1,762) commission for overseeing the process.

Van purchased a 200 kilogram live tiger in Nghe An Province for VND5 million ($220) per kilogram and hired Cong to transport the animal to Hanoi for VND30 million ($1,321)

Nghia, Le, and Khinh were hired to assist in making the bone paste.

Police ambushed the group during a meeting on Tran Huu Tuoc Street in Dong Da District where they confiscated the tiger, other wildlife, and five grams of drugs intended as ingredients for the bone paste.

The group has been charged with violating the law on endangered wildlife protection and illegally storing drugs.

The poaching, transportation, and trading of endangered wild animals are outlawed in Vietnam, and transgressors could face up to seven years behind bars, according to the country’s Penal Code.

In Vietnam, tigers are poached and traded for their skin, which can be processed into household decorations, while their bones can be slow-cooked into a thick paste  rumored to cure a wide range of illnesses.