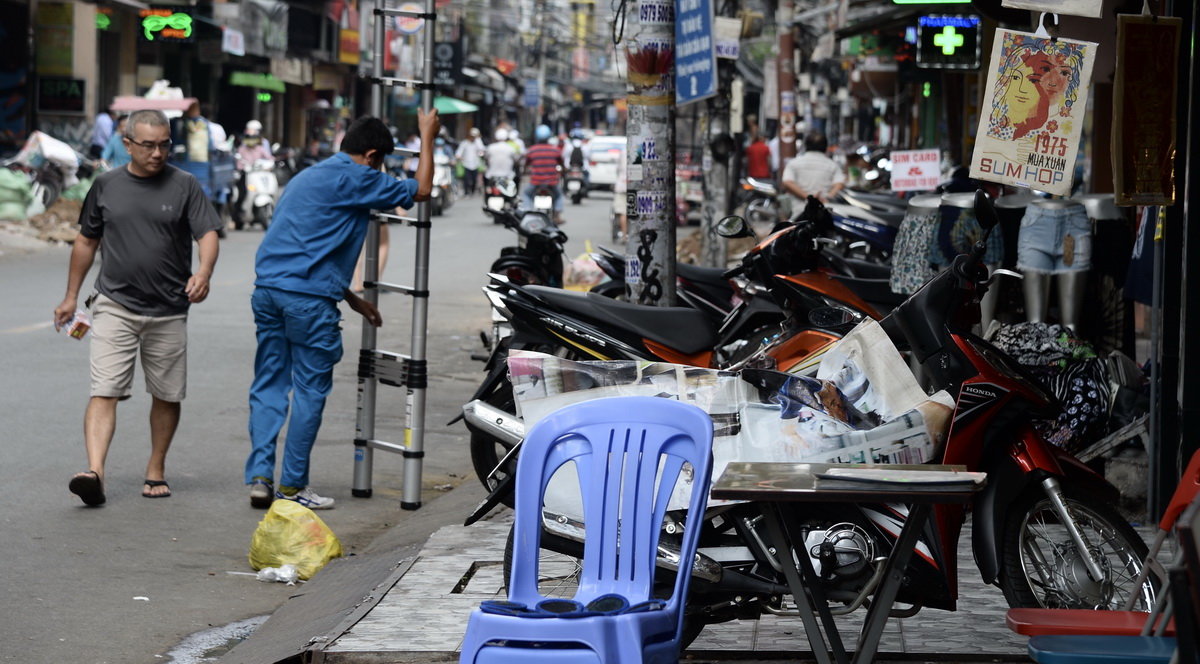 Following several months of campaigning by local authorities to take back illegally occupied footpath space, Ho Chi Minh City’s sidewalks have yet to be completely cleared, despite some noticeable improvements.

During a meeting regarding the issue on Wednesday, Phong, chairman of the municipal People’s Committee, urged district-level leaders to continue the effort.

Speaking at the gathering, Nguyen Ngoc Tuong, deputy head of the city’s Traffic Safety Committee, stated that several promenades had been cleared over the past couple of months and many residents have been willing to keep their business off public space.

An inspection of 186 streets across 24 districts showed that there have been positive changes on 85 routes and decent adjustments on 85 others.

Meanwhile, illegal crowding on sidewalks has yet to be alleviated on 15 of the inspected streets, Tuong said.

The official asserted that local authorities should “exert more effort,” pointing out that street vendors and motorcyclists are still blocking the promenades while beer bar operators on Truong Sa, Hoang Sa, Pham Van Dong, and other streets have continued to place tables and chairs on the sidewalks.

According to Tran The Thuan, chairman of the People’s Committee in District 1, it is difficult to keep the illicit occupancy from being repeated, highlighting that the situation in areas in front of local hospitals has not yet been solved.

The chairman stated that all street vendors in the district will be allowed to operate in specific zones on Nguyen Van Chiem Street and in Bach Tung Diep Park.

Parking venues are also set to have their license revoked for sidewalk violations, he added.

According to Chairman Phong, the sidewalk reclamation drive requires time and consistency.

Despite having to keep the effort going, local authorities should also be flexible in dealing with certain violations.

“I understand that street sellers must care for their entire family. But people shouldn’t view sidewalks as a primary place to create jobs, eradicate hunger, and ease poverty,” the city leader asserted.

He added that an evaluation will be carried out once a month to assess the sidewalk campaign across the southern hub, after which those districts achieving positive results will be praised while those failing to protect public spaces will be reprimanded.

“We have to ‘walk the talk.’ If local authorities cannot fulfill their mission, they should find other jobs,” Phong said.