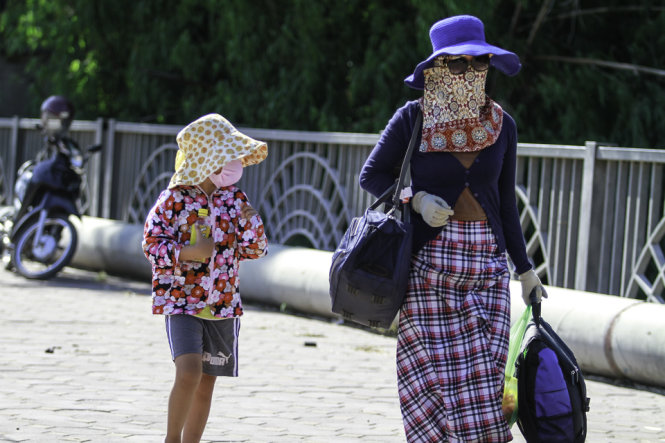 A fresh heat wave is forecast to blanket northern Vietnam this weekend, with temperatures in Hanoi and several other northern locales reaching 40 degrees Celsius.

The heat has already descended on northern Vietnamese provinces from Thanh Hoa to Phu Yen on Thursday, with readings between 36 degrees Celsius and 39 degrees Celsius.

With the warm low pressure in northwestern Vietnam expected to expand southwest-ward over the next couples of days, northern provinces will continue to roast in temperatures ranging from 37 degrees Celsius to more than 40 degrees Celsius, the National Center for Hydro-Meteorological Forecasting (NCHMF) said on Friday.

The scorching weather is forecast to peak on Saturday and Monday before cooling off on Tuesday next week.

In Hanoi, where the heat wave begins to hit locals as early as seven in the morning, the hot spell will keep temperatures from 37 degrees Celsius to 39 degrees Celsius from Friday to Monday next week.

On Saturday and Sunday, several parts of the capital will suffer from more than 40 degrees Celsius heat.

The good news is this year’s hot weather will not be as acute as in 2016, according to NCHMF director Hoang Duc Cuong.

“The rainy season in the north is expected to end sooner than previous years, with downpours mostly occurring from June to August,” he said.