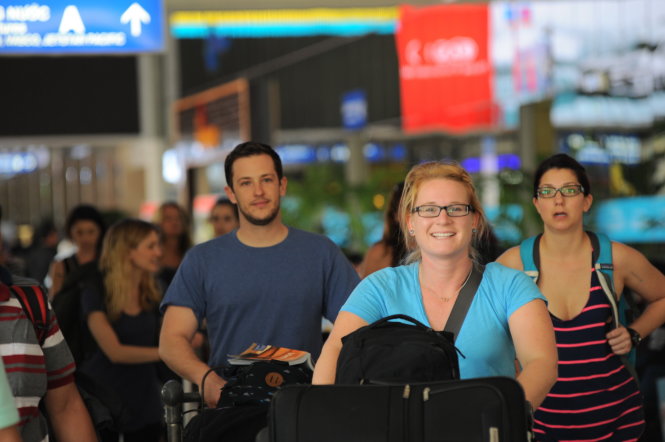 Losing one's passport while in a foreign country is a nightmare so officials in one province have won support from Vietnam’s aviation watchdog over a proposal to assist those who find themselves in such a situation.

The administration of the south-central province of Khanh Hoa, a popular destination for international tourists thanks to its beachside city of Nha Trang, has suggested allowing foreigners to fly domestically even if they have lost their passports in Vietnam.

All they have to do is apply for a confirmation letter from local police and use that document to complete check-in procedures, according to a proposal sent to the Ministry of Transport and the Civil Aviation Authority of Vietnam.

At present, visitors who lose their passports must physically go to the consular agency of their countries, normally in Hanoi, Ho Chi Minh City or Da Nang.

In some cases, tourists will have to travel by air to reach these cities, while current regulations stipulate that they must have the original copies of their passports to check-in.

The Khanh Hoa administration said its proposal would save tourists this inconvenience.

The CAAV has shown its support for the proposal in a document sent to its superior body, the transport ministry, which will give the final conclusion.