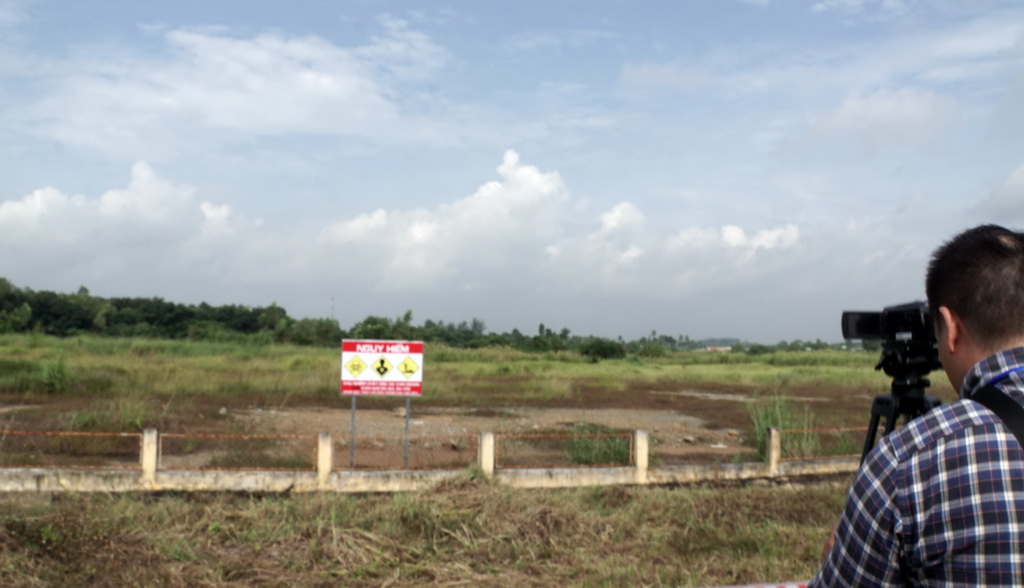 A project worth nearly US$12 million has been initiated to prepare for the elimination of dioxin contamination near a military airport in the southern Vietnamese province of Dong Nai.

The Ministry of National Defense on Saturday started the project on a piece of land close to the Bien Hoa Airbase, located in the namesake city.

With the total expenditure estimated at VND270 billion ($11.8 million), which is funded by the central government, the Vietnam People’s Air Force has been tasked with implementing the project.

Colonel General Nguyen Chi Vinh, Deputy Minister of National Defense, said that the project will help minimize the effects of dioxin on the officers working at the airbase as well as the residents living nearby.

During the operation, the specific areas affected by dioxin will be determined so that military units and constructions will be moved to a safer zone.

The completion of the project will provide necessary infrastructure and equipment for a plan on the comprehensive removal of the toxin, which is expected to be conducted later this year.

This comprehensive project will cost about $500 million in total, provided via non-refundable official development assistance (ODA) of the United States and some of Vietnam’s international partners.

The areas surrounding Bien Hoa Airbase has been a hotspot for dioxin pollution caused by previous wars.

Examinations by Vietnamese and U.S. authorities estimated the amount of soil infected with the toxic substance at over 500,000 cubic meters.

According to Col. Gen. Vinh, the two nations have cooperated effectively in the past years to deal with dioxins, explosives, and other war consequences.

The official hoped that the U.S. would continue their goodwill in settling the issues.