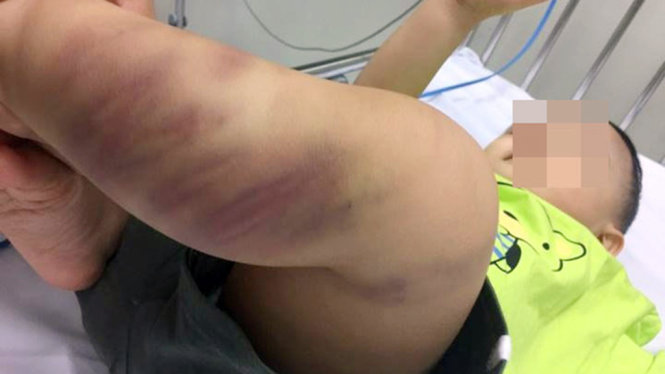 Vietnam’s Department of Child Care and Protection (DCCP) is making final preparations for the upcoming launch of a national child protection hotline - 111.

Nguyen Cong Hieu, deputy director of the DCCP’s Center for Counseling and Communication Services, told Tuoi Tre (Youth) newspaper on Tuesday that ‘111’ would be launched in October, replacing the current eight-digit number of 18001567.

According to Hieu, the new number is easier to memorize especially for children, and will ensure the hotline is known to as many people as possible.

The old number has been in use since 2004, Hieu said, offering around-the-clock telephone support to underage victims of abuse, exploitation and trafficking, as well as receiving reports of such crimes.

With the launch of the new number, DCCP will also be opening two new call centers headquartered in central Da Nang City and southern An Giang Province, in addition to its existing center in Hanoi, according to Hieu.

The new call centers are expected to provide better support to callers from central and southern Vietnamese regions, who may might otherwise have felt alienated when talking to an operator with a northern accent, Hieu explained.

An Giang, which borders Cambodia to the northwest, is a hotspot of child trafficking in southern Vietnam and plays a significant role in influencing its neighbors in the Mekong Delta region with regard child protection efforts.

Since the establishment of the national child protection hotline in 2004, over 2.5 million calls have been received by operators, at an average rate of 240,000 calls per year, according to Hieu.

“Children comprised most of our callers, about 70 percent,” Hieu said. “Over 65 percent of these children are of normal backgrounds or live in the city, while the rest are disadvantaged children mostly living in remote areas.”

The majority of calls, over 53 percent, concerned relationships and behavior with children, while their mental and physical health made up nearly 32 percent of calls.

Just over three percent of all calls were about sexual abuse and violence against children, and 9.6 percent dealt with their reproductive health.

According to Hieu, the current number of ‘18001567’ would continue to be used alongside ‘111’ until the public had gotten used to the new number and no more calls are made to the old one.

Both numbers are toll-free, with all telephone charges paid for by DCCP, Hieu added.