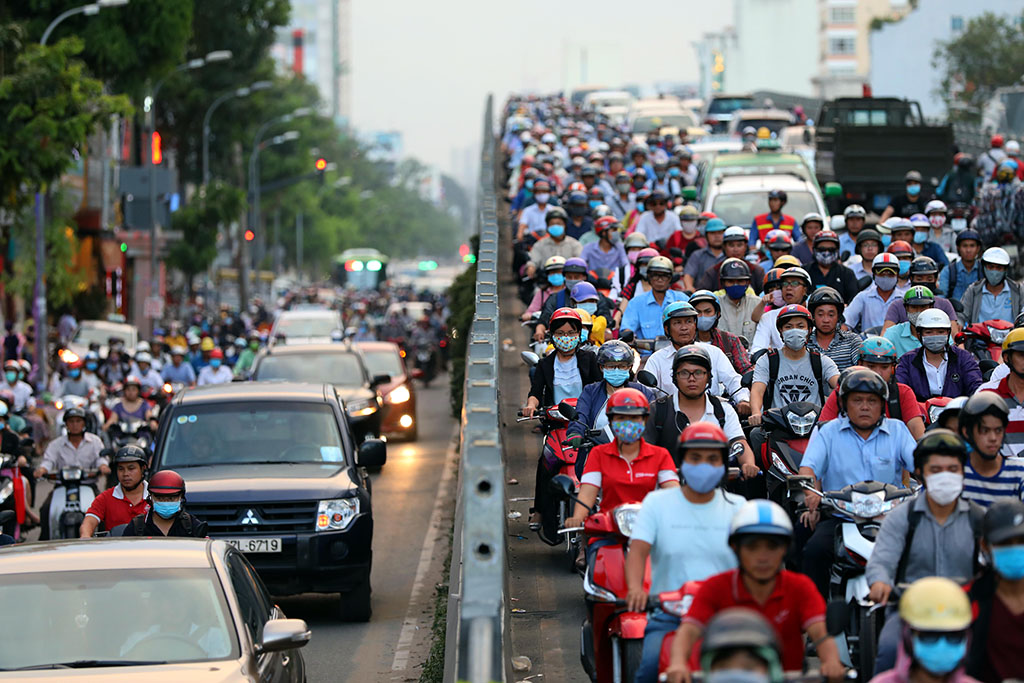 The Ho Chi Minh City administration is urging the central government to approve measures aimed at controling motorcycle exhaust emissions in the city from the beginning of next year.

The proposal, submitted by the municipal Department of Transport, calls for the application of emission standards on motorbikes with an engine capacity of 175 cubic centimeters (cc) and higher.

From 2018 to 2020, motorbikes with engines above 175cc will be tested to determine if their emissions fall within the acceptable limits.

Any vehicles exceeding the limits will be barred from city streets.

If successful, the plan could eventually be extended to include all motorbikes, regardless of their engine capacity.

According to Tran Ky Hinh, head of the Vietnam Register, the agency is prepared to carry out emissions testing on the city’s motorbikes.

The plan is now awaiting a final decision from the prime minister, Hinh added.

“Hanoi has also submitted a similar proposal. The scheme is an important way of addressing the community’s concerns over the quality of the environment we live in,” the official elaborated.

The movement is also aimed at instilling a habit of regular motorbike maintenance within the community, he continued.

A vehicle with excessive exhaust can be tuned to ensure that its emissions are within acceptable limits before returning to the streets, Hinh explained.

Meanwhile, Associate Professor Nguyen Minh Hoa, former dean of urban sciences at the University of Social Sciences and Humanities, says that the plan will be impossible to enforce and costly to implement on the enormous number of motorcycles in Ho Chi Minh City.

He suggested that the city apply a method that has been used in foreign countries, in which vehicles will be considered outdated and non-operational after traveling a certain number of kilometers.