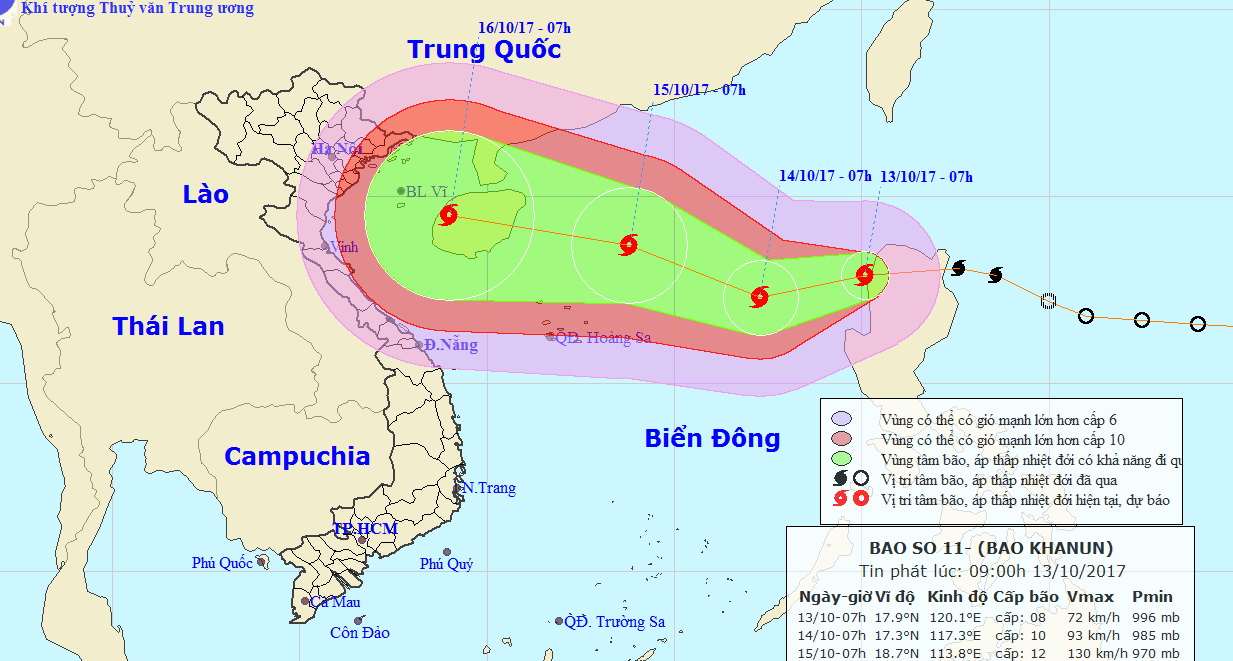 A tropical depression is gathering strength as it heads towards the East Vietnam Sea, threatening the country’s central region.

Typhoon Khanun originally formed east of the Philippines on Wednesday as a tropical cyclone before moving west carrying winds of 60 to 75km per hour and squalls up to 100km an hour.

At 1:00 am on Friday, Khanun was just east of the Philippines’ Luzon Island.  Meteorologists forecast the storm to continue gathering strength as it travels southwest at 20 to 25km an hour over the next 24 hours.

Khanun is expected to be just 580 kilometers east of Vietnam’s Hoang Sa (Paracel) Archipelago by 1:00 am Saturday, carrying winds of 75 to 90km per hour and gusts at 1133km per hour.  During the following 24-48 hours it will travel northwest, gaining strength as it heads deeper into the East Vietnam Sea.

As the storm moves closer from October 15 to 17, torrential rains will move into central and north-central Vietnam, posing an imminent risk of floods and landslides.

The weather pattern will also affect the northern part of the East Vietnam Sea.

Khanun is following on the tail of a tropical depression that ravaged localities in north-central and northern Vietnam earlier this week.

Latest statistics showed that 54 people have been killed and 39 others missing because of flood and landslides brought about by heavy rains in the region.