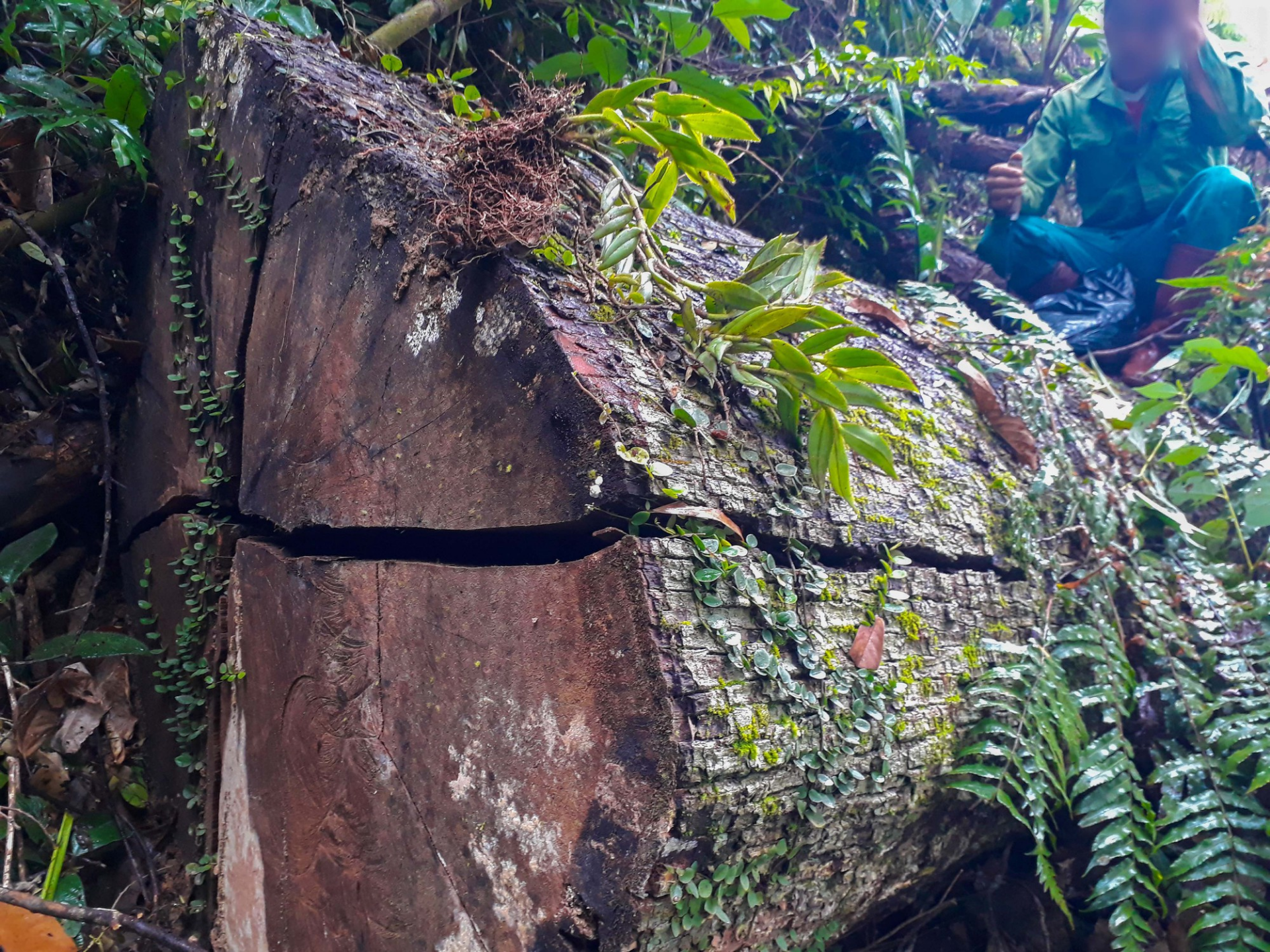 Large areas of protection forest in northern Vietnam are being ravaged by human activity, believed to be the main cause of a recent increase in flash floods and landslides.

A probe by Tuoi Tre (Youth) newspaper has revealed that vast areas of protection forest in the mountainous provinces of the north, crucial for protecting groundwater and soil, as well as preventing erosion, are being destroyed.

Experts believe that the excessive deforestation has contributed to the increasing risk of flash floods and landslides in the region.

Tuoi Tre’s reporters arrived in Nam Tha Commune in Lao Cai Province on October 18, discovering that timber exploited from local protection forest was being traded illegally and in full view.

The wood, which was chopped into logs about two meters long, were loaded onto trucks near the Nam Tha Stream, situated just outside the forest.

The timber was sourced from natural forest, T., the truck driver, said, adding that he was hired to transport the wood to the center of Van Ban District, where it is sold to local buyers.

In order to reach the destination, T.’s truck had to travel past the People’s Committee in Nam Tha Commune and the check post of the Van Ban District forest protection unit.

Despite this, the journey was smooth and the vehicle was not pulled over or inspected by any officer.

According to S.S.M., one of the loggers, the timber is gathered in a location by the Nam Tha Stream.

“It would be a waste if we don’t chop down these trees. They are going to be burned down to make space for farming eventually,” M. said.

Logs are brought to the location every evening before being transported to the center of Van Ban District, said L.V.S., a Nam Tha resident.

This illegal wood market has existed for quite a long time, S. stated.

Do Ngoc Minh, head of the forest protection unit in Van Ban, told Tuoi Tre that the area has over 80,000 hectares of natural forest, of which protection forest accounts for about 20,000 hectares.

With the assistance of M., a local resident, Tuoi Tre’s reporters were able to reach parts of the forest that had been exploited by illegal loggers.

Countless old trees had been cut down, while many trunks had been left on the ground as they did not meet the quality standard.

Younger trees had been marked by the loggers so that they could be felled later, M. explained.

According to T., a logger residing in Van Ban District, the worst destruction of protection forest occurs at the border of Van Ban and Van Yen Districts in Yen Bai Province.

Loggers are able to bring the timber out of the forest without being arrested thanks to their traders, T. continued.

These traders have taken care of the paperwork to 'legalize' the exploitation of this natural forest, he said.

Each cubic meter of wood sells for VND1.1 million (US$48.4) if purchased locally, the logger continued.

However, the timber is offered at up to VND3 million ($132) per cubic meter if they are sold in Van Ban District, he said.