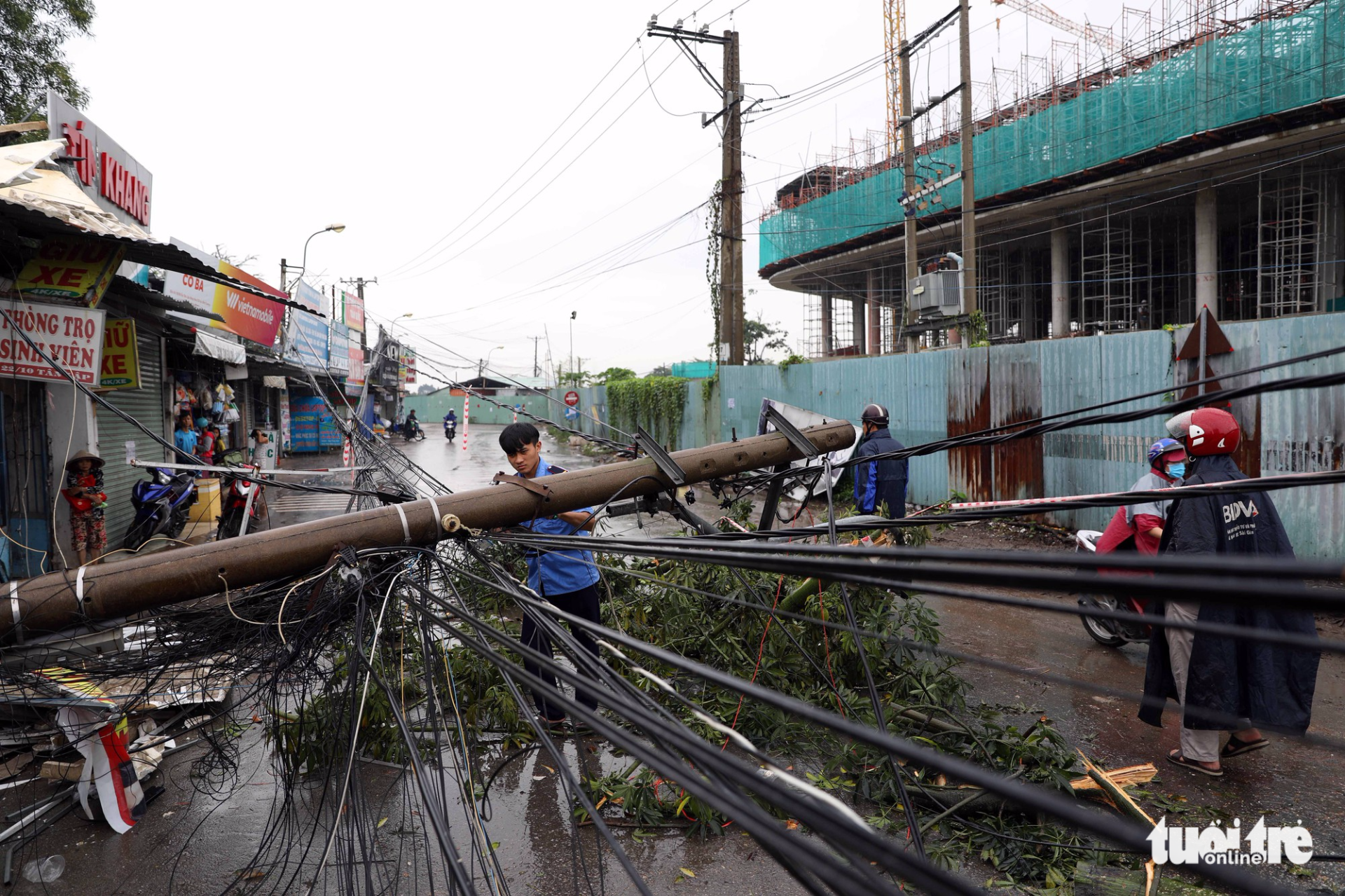 Heavy rain and strong winds brought about by this year’s 14th recorded storm on Saturday evening have left some 149 houses without roofs and uprooted hundreds of trees in Ho Chi Minh City’s District 9 and Thu Duc District.

Residents are still struggling to resume their daily lives as household appliances and other valuables have been damaged by the rain.

Le Thanh Liem, vice-chairman of the municipal People’s Committee, and leaders of both districts have directed support toward affected citizens.

In Binh Duong Province, two houses have collapsed while nearly 100 others have had their roofs blown off.

Di An Town and Dong Hoa Ward have suffered the heaviest damage.

Nguyen Thanh Phong, chairman of the Di An People’s Committee, told Tuoi Tre (Youth) newspaper that the affected residents had been moved to safer areas.

Typhoon Kirogi, the 14th to his Vietnam this year, headed toward the south-central region on Saturday, packing winds of 60-75 kilometers per hour.

The storm was downgraded to a tropical depression before making landfall on Sunday.

Kirogi followed Typhoon Haikui and the destructive Typhoon Damrey within only two weeks.