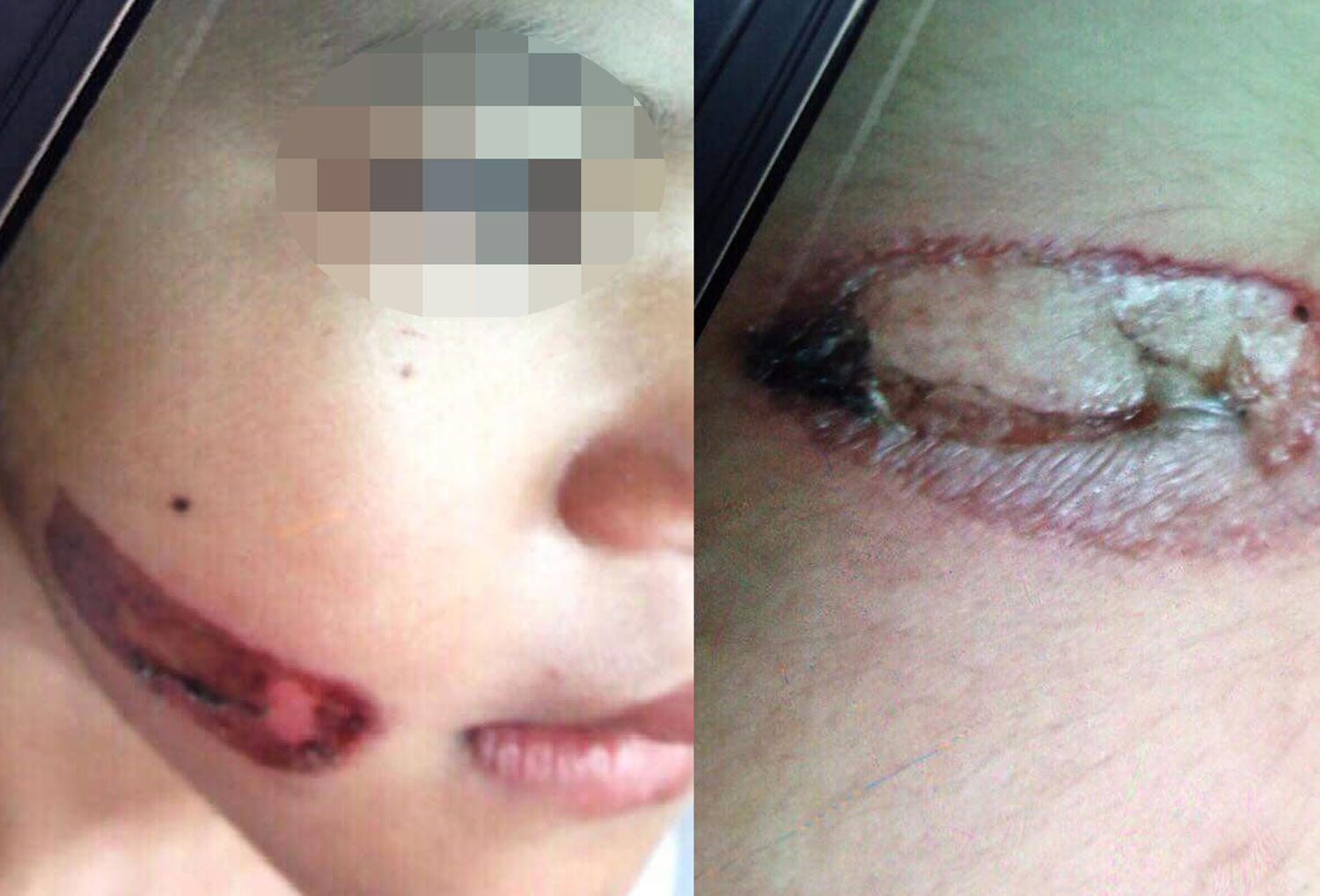 A seven-year-old girl in southern Vietnam has been found to be a victim of constant domestic violence by her father and stepmother, whose tortures include the use of a heated iron bar to burn marks on her skin.

The girl, N.H.N.T., has been living with the abusers since her parents got divorced.

According to T.’s mother Huynh Thi Binh Van, 27, the ex-husband had forced her to give up custody of their child by threatening to kill the whole family if she dared to refuse.

With little knowledge about how the legal system works, Van complied with the demand.

According to neighbors of the father, 29-year-old Nguyen Van Hoa, T. has been subject to violent beatings ever since she moved in to live with her father’s new family.

At first T. screamed and cried a lot suffering from the violence, but over time she started to become more silent and submissive, the neighbors in Kien Giang Province said.

Each time a neighbor tried to persuade Hoa not to beat his own child, he would swear at them and threatened to stab them with a knife.

“My siblings had intended to come over to get T. out of that place many times, but I begged them not to for fear of anything bad happening that would put them in jail,” Van said.

The last straw was on Friday, when teachers at a local school that T. goes to discovered serious burned marks on the girl’s face and arms.

A video filmed by T.’s teachers to document the state of her wounds as of November 24, 2017

When asked what had happened, T. said her father had heated an iron bar and stamped it on her skin, according to the teachers’ account.

They also found a soft dent on her head that felt as if it had been hit by something blunt and hard.

Suspecting those were signs of domestic abuse, the teachers immediately took T. to the police station of Chau Thanh District in Kien Giang to report the case.

However, T. would not say a word about how she got those wounds at the police station so the officers had no choice but to return the girl to her legal caretakers that are her father and stepmother.

After hearing of the news, Nguyen Van Hoang, chairman of Chau Thanh District, said he had ordered the immediate separation of T. from her alleged abusers to ensure her safety as investigations are under way.

But a team of officials who arrived at Hoa’s house to implement the order on Saturday left empty-handed after every member of the house, including T. herself, said she had got her burns from falling over and hitting a hot oven.