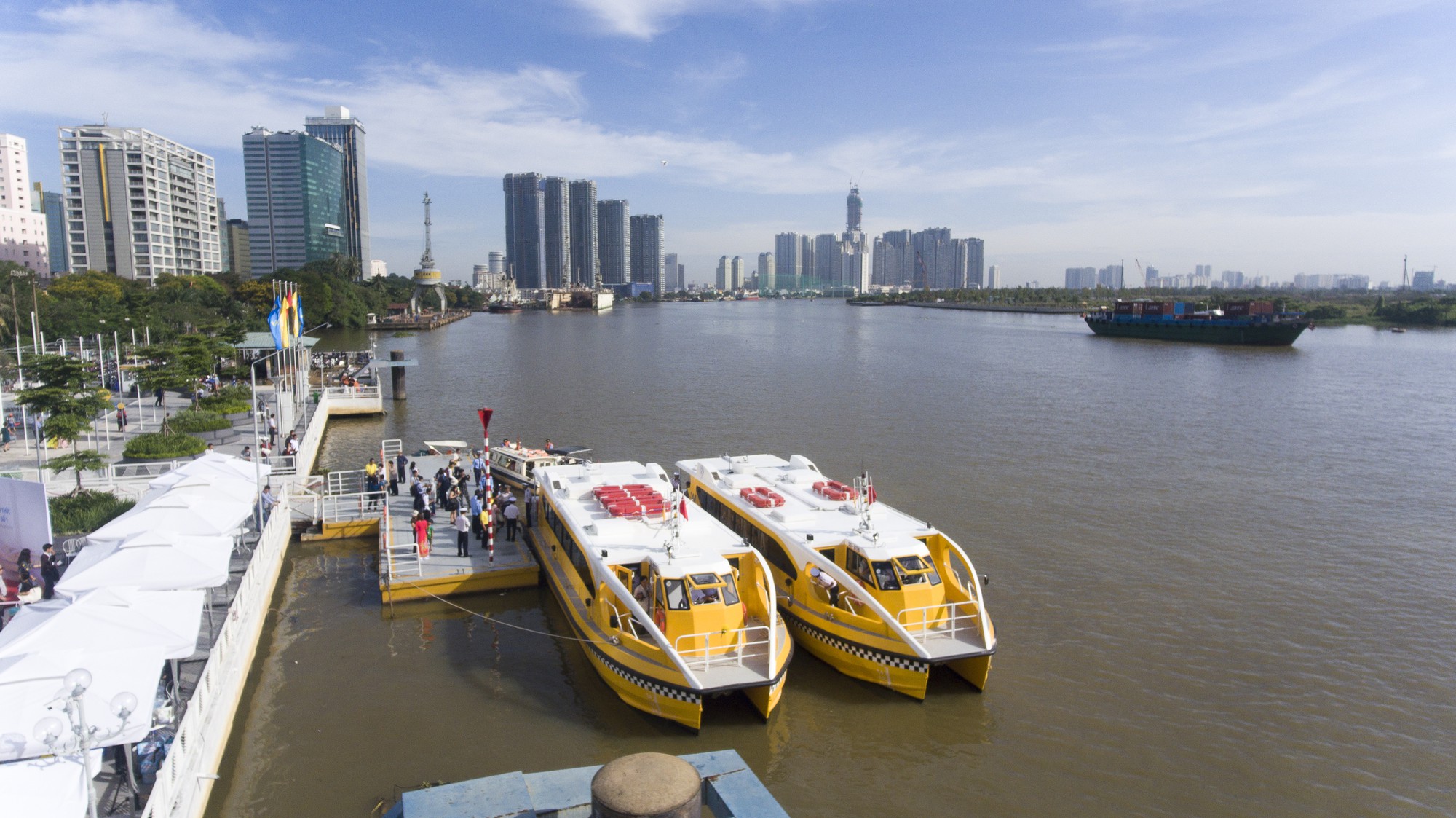 A ceremony was organized on Saturday morning to kick-start the city’s river bus No. 1, connecting Bach Dang Port in District 1 with Linh Dong Ward in Thu Duc District.

Hundreds of residents gathered at the Bach Dang Wharf to experience the new type of transportation.

Tran Van Them, residing in District 1, stated he had waited for such river bus service for nearly a decade.

“The new water bus route is suitable for the daily commute of my family. I will use this type of transportation regularly to avoid congestion on the streets,” Them remarked. “The boats are very safe and convenient.”

Nguyen Van Tien, a passenger from the northern province of Hung Yen, stated he was able to witness the beauty of the Saigon River during the journey.

The waterbus is a cheap and good way to travel and sightsee for tourists, Tien added.

It costs VND15,000 (U$0.66) per person per trip, with ticket booths installed at the service’s two terminals and stops.

The route No. 1 is designed with a total of 12 stops, of which five have been completed, including Bach Dang, Binh An (District 2), Thanh Da (Binh Thanh District), Hiep Binh Chanh Ward and Linh Dong Ward (Thu Duc District).

The remaining stops will continue to be finished during the operation of the river bus.

The municipal Department of Transport is planning to establish new bus routes to link with the river bus stations.

Some current bus routes have been adjusted, while four electric bus routes will also be operated upon being approved by the central government.

The transport department is set to receive feedback from local residents to improve the quality and convenience of the waterbus service.

Specific measures will also be applied to expedite the preparations for the second river bus route, linking Bach Dang and Lo Gom in District 6.