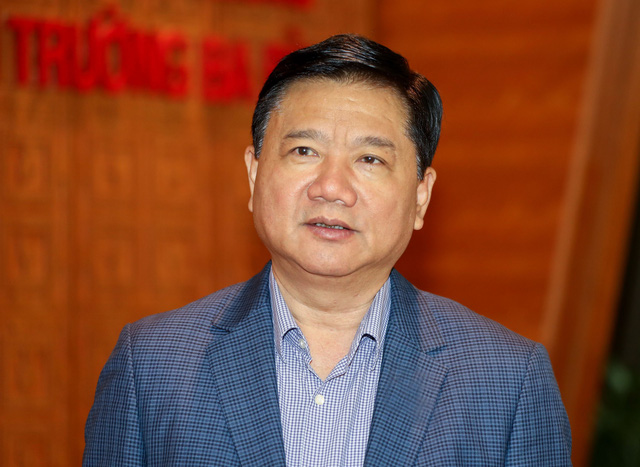 A former Politburo member could be sentenced to up to 20 years in prison if found guilty of wroingdoings at one of Vietnam's largest state-owned groups, leading to serious consequences.

The Supreme People’s Procuracy on Tuesday issued the indictment on the deliberate violations of state regulations on economic management, causing serious consequences, and the embezzlement of property, which were allegedly committed by Ding La Thang and 21 other defendants at PetroVietnam (PVN) and its subsidiary, PetroVietnam Construction Corporation (PVC).

As the former chairman of PVN’s management board, Thang was charged for deliberately violating the state’s regulations on economic management, causing serious consequences, and is facing between 10 and 20 years of imprisonment.

Eight suspects are to be prosecuted for embezzlement of property.

Trinh Xuan Thanh, former chairman of PVC’s board of directors, and Vu Duc Thuan, ex-general director of PVC, were charged for both offenses.

Thanh is expected to be sentenced to 20 years behind bars for his deliberate violations of the state’s regulations, and death for embezzlement.

In September 15, 2016, the Ministry of Public Security began the investigation into the case and arrested four suspects for their deliberate violations at the two companies.

Officers initiated legal proceedings against and issued a wanted notice for Thanh the following day.

In February 2017, five new suspects were apprehended for embezzlement.

In July 31, Thanh returned to Vietnam after fleeing to another country and turned himself in to police.

Police captured Thang and began legal procedures against him on December 8.

A total of 11 other suspects involved in the case were nabbed between March and December.

Officers concluded their probe and transferred their report to the Supreme People’s Procuracy on December 20.

According to the indictment, PVC, under the leadership of Thanh, implemented 67 construction projects from 2008 to 2012, of which 12 projects required extra expenditure that was not stated in the contracts.

In April 2010, Thang, on behalf of the management board, submitted a document to the government asking for permission to initiate the Thai Binh 2 thermal power project, located in the namesake northern province, that same year.

He also requested that the oil and gas group PVN, among Vietnam's largest state-owned companies, be allowed to select contractors for the construction.

The request was approved and, under Thang’s directions, PVC was chosen in June 2010 as the EPC (Engineering, Procurement, and Construction) contractor of the project.

The PVN chairman then directed his employees to sign a deal for the construction of certain facilities at the power plant, a move that went against regulations.

Based on the agreement, PVN made an advance transfer of $6.6 million and over VND1.3 trillion ($57.2 million) to PVC.

However, Thanh, and other suspects at PVC, used over VND1 trillion ($44 million) of the money for wrongful purposes, a violation that led to VND111 billion ($5.2 million) in losses for the state.

Aside from the wrongdoings within the Thai Binh 2 project, Thanh and Thuan, the ex-general director of PVC, also directed the creation of bogus documents that approved the withdrawal of VND13 billion ($572,584) from the management board of the Vung Ang-Quang Trach thermal power project in north-central Vietnam, developed by PVN.

Their trial is scheduled to take place in the first quarter of 2018.