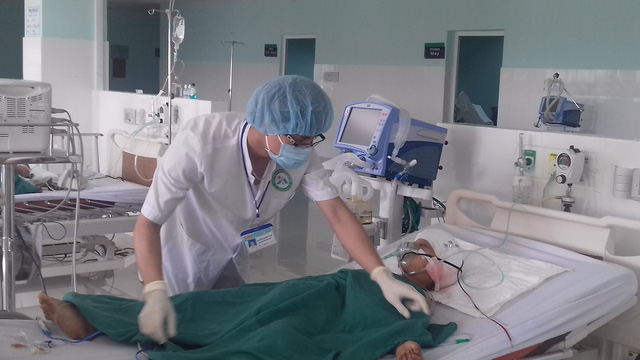 A ten-year old boy from Vietnam’s Central Highlands province of Kon Tum was shot in the head by his younger brother when a firearm incidentally discharged over the weekend.

A Trung, 10, was hospitalized with bullet wounds to his left temple and forehead but survived the critical period, doctors said on Sunday.

According to the boy’s father, the family had traveled to a coffee plantation they owned in the uplands on Saturday morning to water the trees.

While their parents and 18-year-old brother were working on the plantation, the ten-year-old was left at a hut taking care of his two younger brothers, one aged six and the other an infant.

“Around 3:30 pm that afternoon, I heard a loud bang from the hut so we rushed back and found A Trung lying on the floor with blood coming from his head,” the father recalled.

“His infant brother was crying, while A Quan, 6, was standing motionless, his hands still holding a hunting rifle,” he said.

A Trung was immediately taken to a local clinic for first aid, before being transferred to the General Hospital of Kon Tum for an emergency operation.

The bullet entered the boy’s left temple and came out of his forehead, forcing doctors to perform immediate surgery to repair the damage.

“His older brother A Duong, 18, had borrowed the rifle from an acquaintance. A Quan was playing with it when the gun misfired,” the father added.