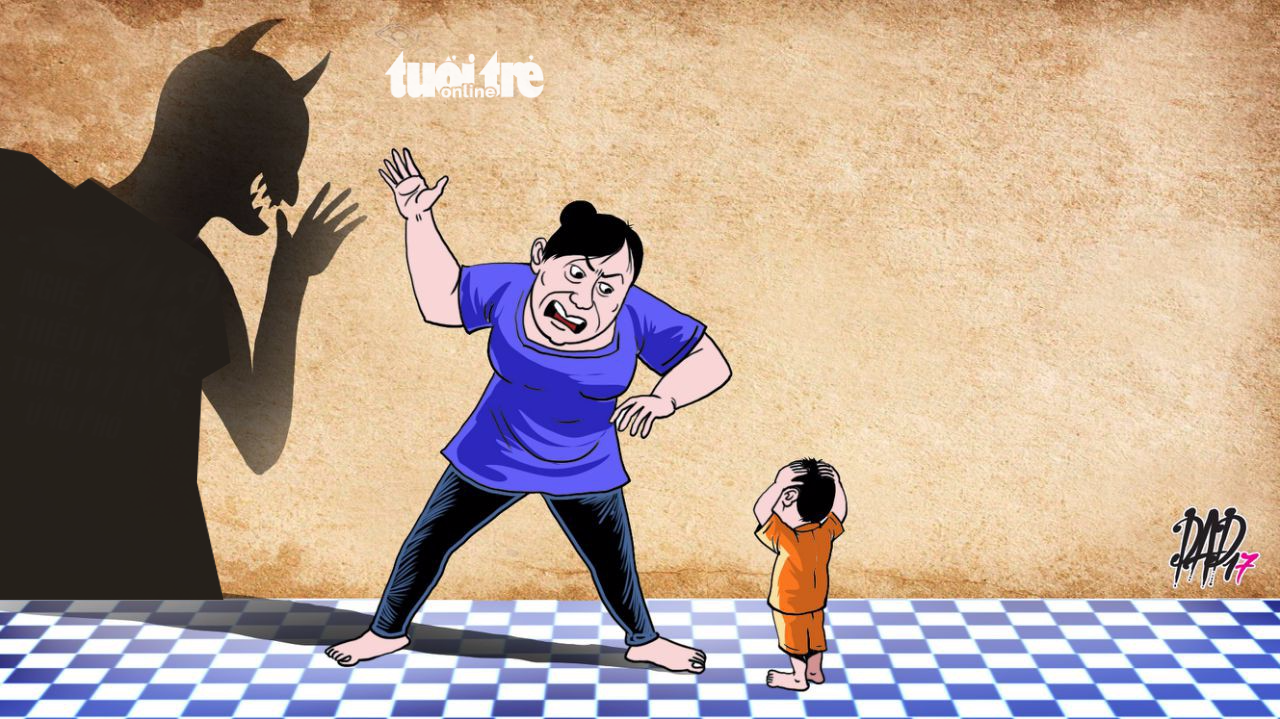 How many more heart-breaking cases of child abuse make headlines in Vietnam before sufficient and efficient measures are in place to tackle the country’s chronic domestic problems?

With no plausible solutions in sight, the growing number of media stories detailing shocking cases of children being physically, sexually, and psychologically abused by parents, caretakers, teachers and people of acquaintance continues to pull at Vietnam’s heartstrings. In early December 2017, Tran Hoai Nam, a Hanoi resident, was arrested by police for spending a year physically abusing his ten-year-old son, resulting in scaring and injuries across the young boy’s body.

The father also admitted to beating his child though he chose to put the blame on the boy’s “mischievous” behavior.

As if the story was not already a disgusting tale of underreported domestic violence in the country, it only got worse when police discovered that the other adult responsible for the child, the boy’s stepmother, also took part in the beatings. She was not home at the time of Nam’s arrest.

Photos released showing the child’s body peppered with wounds, scars, and fractured ribs sent a wave of anger through the public.

Yet this is not an isolated case.

Only one day after Nam’s arrest, police in Dong Anh, a district on the outskirts of Hanoi, told local media they were investigating a case involving another father abusing his nine-year-old son.

The father later told police that he only beat his son once, claiming the other wounds were just boils and abscesses.

The two cases wrapped up 2017, a year full of tear-jerking headlines exposing heinous acts carried out by those whom children are meant to depend upon, trust, and love.

Considering those two cases came hot on the heels of four equally shameful situations in November, it does not look as if the problem is set to subside. The ‘history’ of child abuse in Vietnam, particularly at daycares and kindergartens, in recent years is equally shocking. A UNICEF report in 2014 showed that nearly 75 percent of children aged 2-14 in Vietnam have been violently abused by parents, caretakers, or other family members at least once.

According to the Vietnamese Ministry of Labor, War Invalids, and Social Affairs, more than 2,000 children in Vietnam are abused every year.

Data gathered by Tuoi Tre (Youth) newspaper shows that over 1,000 children are raped and 100 are murdered annually. Local lawmaker Dang Thi Phuong Thao believes that these statistics are only the tip of the ice berg, citing an uncountable number of cases that go unreported or unprosecuted due to a lack of evidence. Children are at risk of being sexually, physically, and psychologically abused at home by family members, parents, and caretakers. It is not uncommon to hear reports of drunken fathers violently beating their sons and daughters, or parents scolding their children with rude and offensive words, hampering their psychological development.

At school, children can fall victim to bullying by friends, or physical and sexual abuse by teachers or school guards. In April 2016, a teacher at an elementary school in Sa Pa in northern Vietnam was taken into police custody for allegedly conducting lewd acts with a fifth grader at his school.

In December last year, police in the southern province of An Giang also launched legal proceedings against a P.E. teacher, who was denounced by parents as having sexually abused at least ten fourth and fifth graders at his school.

Earlier in October 2017, Lang Thanh Duan, a school guard in the Central Highlands province of Dak Lak was prosecuted for raping five 11-year-old schoolgirls and one nine-year-old student between 2015 and 2017. Dang Hoa Nam, head of the Children Department under the Ministry of Labor, War Invalids and Social Affairs, says that the severity of child abuse cases in Vietnam is getting more and more complicated and worrying every year.

“Children of all ages are being physically and sexually abused at home and school by different actors, most of whom, sadly, are family members, teachers, and friends,” he said at an event in December. In June 2014, after statistics that 75 percent of Vietnamese children are victims of child abuse were published, Hanoi-based Dan Viet (Vietnamese People) newspaper polled local parents and found out that most of them supported a ‘spare the rod and spoil the child’ method of parenting.

The respondents believed that beating unruly children does not necessarily equate to violence.

The most common excuse given by many Vietnamese parents is, “I have the right to beat my own child.”

Nguyen Huy Tung, a Hanoi resident, told Dan Viet that he beats his son to “educate him to behave better.”

“This is for his own sake and should never be called violence,” he asserted. Parents who make these excuses should be aware of the fact that abused children may suffer from mental health problems or prolonged psychological issues, according to doctor Nguyen Van Dung, deputy head of the mental health department at Bach Mai Hospital in Hanoi.

“In the longer term, these symptoms may lead to negative consequences such as short-tempered, rude and violent characteristics.”

Children who fall victim to or witness acts of physical abuse tend to grow up without a sense of mental well-being which may affect their behavior later in life.

“There are studies showing that many criminals had a tough and lonely childhood during which they were physically abused or mistreated,” Nguyen Cong Hieu, deputy director of a children service consulting center under the Children Department, said. According to the Law on Children which took effect in June 2017, Vietnam now has as many as 17 entities tasked with protecting, caring for, and supporting children, from the People’s Court and People’s Procuracy at central and local levels to the lawmaking National Assembly, ministries, and various centers and organizations.

In December, the Committee for Children Protection was established, with Deputy Prime Minister Vu Duc Dam serving as chairman and top leaders within the ministerial ranks among its officials.

However, whenever a case of child abuse is brought to light by the public or the media, most of these entities respond solely by expressing anger rather than implementing practical solutions.

Nguyen Van Anh, director of the Center for Studies and Applied Sciences in Gender, Family, Women and Adolescents, has called on responsible agencies to stop talking and start doing.

“Abusing innocent children, who have no power to protect themselves, deserves to be condemned a thousand times more than other victims as it makes a lifelong impact on them,” she said. Several solutions have been proposed in the wake of a series of child maltreatment cases in late 2017, but whether or not they work remains to be seen.

Tran Ngoc Long, headmaster of a high school in the southern province of Dong Nai, proposed at a meeting held by the education ministry on December 12 that Vietnam should make all kindergartens tuition-free to curb the problem.

The event sought to raise awareness of child abuse and solicit solutions to stop the phenomenon from insiders.

The Ho Chi Minh City education department has advised the municipal administration to encourage local kindergartens to install CCTV cameras to give parents better oversight of their children.