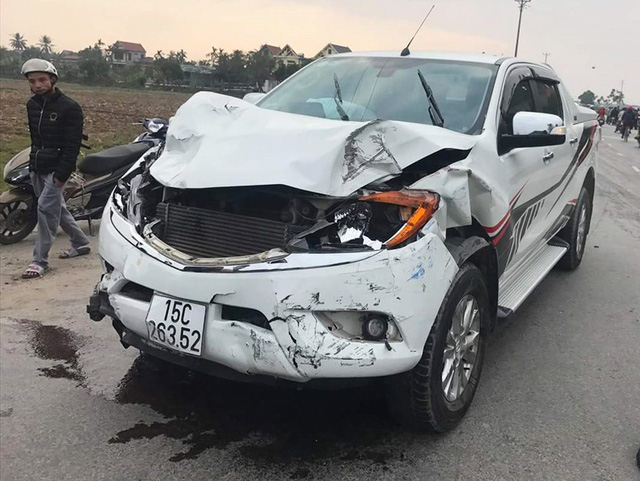 Police in Vietnam are hunting the driver of a pickup truck who fled after fatally striking two young girls.

The incident occurred at around 4:00 pm on Sunday in Dai Ha Commune, Kien Thuy District, Hai Phong City, according to Bui Duc Thao, chairman of the People’s Committee in Kien Thuy.

N.T.T.D. and C.T.N.Q., both 15 year-old ninth-grade students at a local middle school, were walking down Provincial Highway 603 when a pickup truck, whose license plate number is 15C - 263.52, struck them from behind.

Both victims were thrown to the side of the road and seriously injured, later succumbing to their wounds in hospital.

After striking the two schoolgirls, the pickup truck continued traveling toward Thuy Huong Commune, hitting a truck and a taxi before coming to a stop.

The driver quickly exited the vehicle and fled the scene on foot.

Severe damage was caused to the front end of the truck, to the taxi, as well as to the pickup itself.

An investigation is underway by police in Hai Phong to determine the cause and a manhunt has been launched to capture the driver.

Local authorities have extended their condolences and offered support to the families of the deceased.