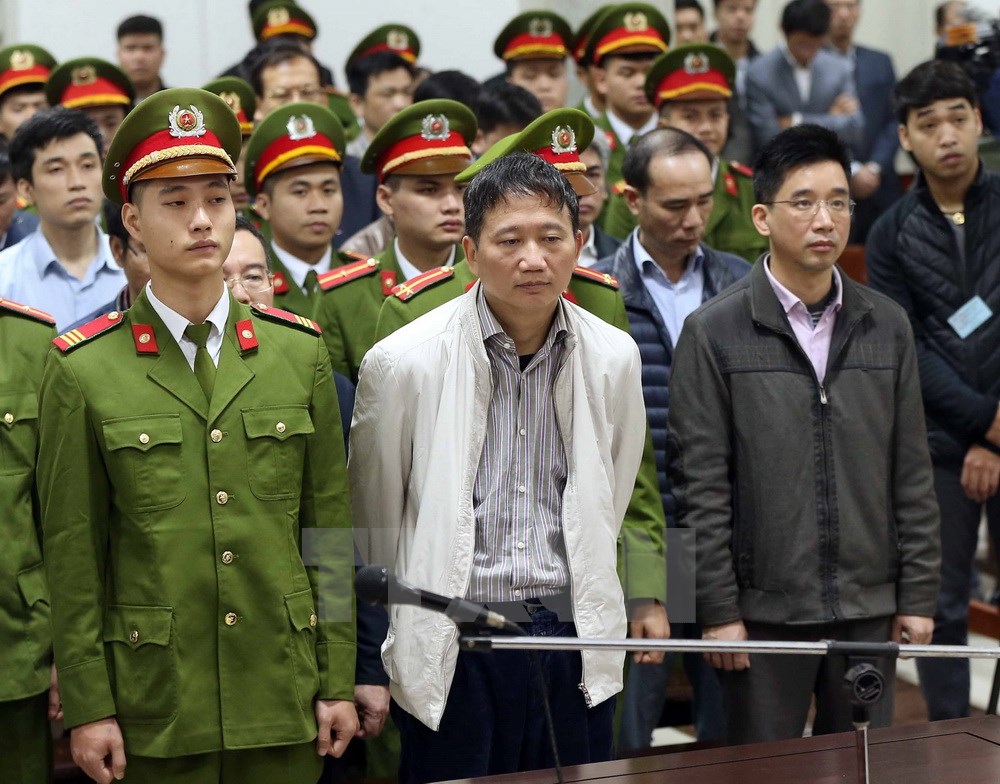 Trinh Xuan Thanh, former chairman of a subsidiary of the state-run oil and gas group PetroVietnam (PVN), began his trial for the embezzlement of VND14 billion (US$616,502) on Wednesday, having already been sentenced to life in prison for another offense.

The Hanoi People’s Court stands trial, along with that of Dinh Manh Thang and six other defendants, who are all charged with property embezzlement.

Dinh Manh Thang is the former chairman of Song Da Oil and Gas Investment and Commerce JSC, a joint-venture between PVN and the Song Da Corporation.

Thanh, the former chairman of the management board of PetroVietnam Construction Corporation (PVC), was sentenced to life imprisonment on Monday for deliberately violating state regulations on economic management and property embezzlement, leading to losses of VND119 billion (US$5.24 million).

Dinh La Thang, who is a former Politburo member, the ex-chairman of PVN and also Dinh Manh Thang’s older brother, received a 13-year jail term for his involvement in the same case.

According to the indictment from the Supreme People’s Procuracy, PVN authorized PVC to manage the group’s real estate investment companies, including the PetroVietnam Power Land Joint-Stock Company (PVP Land), between 2009 and 2010.

In late March 2010, Le Hoa Binh, former chairman of 1/5 Construction and Services JSC, as well as five shareholders of the Trans-Pacific Services JSC signed a contract to buy 24 million shares in Nam Dan Plaza, a project in which PVP Land held a 50.5 percent capital investment.

In order to buy the remaining Nam Dan Plaza shares, Thai Kieu Huong, the former deputy general director of Vietsan Investment JSC, which was one of five shareholders in Trans-Pacific Services JSC, approached Thanh and asked him to divest his interest in the real estate project.

Thanh agreed and directed his subordinate, Dao Duy Phong, to handle the procedure.

After purchasing the shares, Binh resold them to the shareholders of Trans-Pacific Services JSC for the equivalent of VND52 million ($2,289) per square meter, resulting in a differential of VND87 billion ($3.8 million).

The trial is expected to last until February 6.