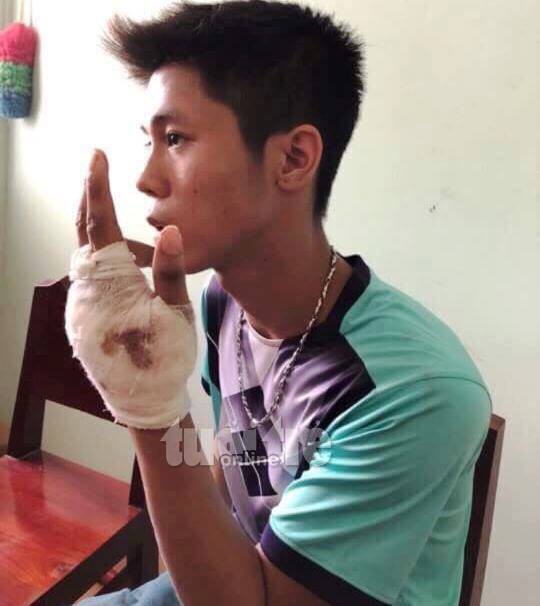 Police on Friday apprehended an 18-year-old suspect in the mass murder of a family of five in Ho Chi Minh City, who had been found dead the day before inside their own house in Binh Tan District.

Tinh reportedly confessed to the crime in his testimony at the police station, claiming that he had committed the murder out of rage over the “unfair” way he was treated by the house owners during his time working at their workshop.

Robbery was also a motive for Tinh’s killing of the entire family of his employers, Quang said.

According to earlier reports, a family of five people were discovered dead inside their residence in Binh Tan District, Ho Chi Minh City on Friday, after officers responded to a call that a foul smell was coming from the building and its owners had not been seen for days.

According to their neighbors, the father was a smith who ran a small workshop making stainless steel products that employed a handful of workers.

The residence had been locked with no signs of human activity since Monday (February 12), when its occupants held a year-end party.

Tinh was the only employee who joined the family in the party, as other employees had returned to their hometowns for Tet, or the Lunar New Year festival.

The suspect allegedly committed the mass murder on the same evening and injured his left hand during the crime.

He turned off his phone and fled from Ho Chi Minh City the next morning but was arrested by police officers while on the run in Can Giuoc District, Long An Province.