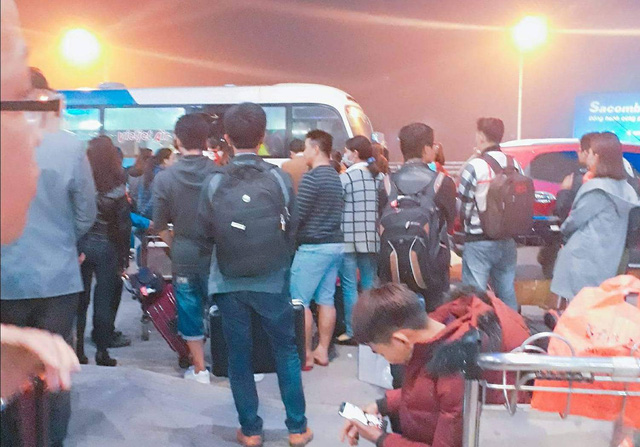 All flights to the north-central Vietnamese city of Vinh have been redirected while other flights departing from this locality have been canceled due to foggy weather.

About 16 incoming and outgoing flights at Vinh International Airport, located in the namesake city in Nghe An Province, had to be diverted or called off on Monday night because of bad weather conditions, Hoang Van Thu, director of the airdrome, told Tuoi Tre (Youth) newspaper.

Fog started to form at around 8:40 pm, limiting visibility, Thu said, adding that the weather remained unfavorable as of early Tuesday morning.

Six flights bound for Vinh City were forced to land in Hanoi and the central city of Da Nang.

Some 10 other flights operated by Vietnam Airlines, Jetstar Pacific, and Vietjet Air, which were scheduled to leave the city during the period, had to be canceled.

The weather conditions improved at 9:00 am on Tuesday, allowing aircraft to resume their operations.

New flights were provided to passengers within the same day.

The airlines offered food and water to their passengers as well as assisting them in renting hotel rooms during the wait.

They also informed flyers of the new flight schedules via text messages and phone calls.

According to a representative from Vietjet, three of the carrier’s flights were traveling from Ho Chi Minh City to Vinh on Monday night.

Two of them had to land at Noi Bai International Airport in Hanoi and the other in Da Nang.

Passengers who arrived in Hanoi were provided with buses to Vinh, while those in Da Nang had to fly back to Ho Chi Minh City for a new schedule, the representative stated.

Six of Vietjet’s outgoing flights from Vinh were canceled, he added.