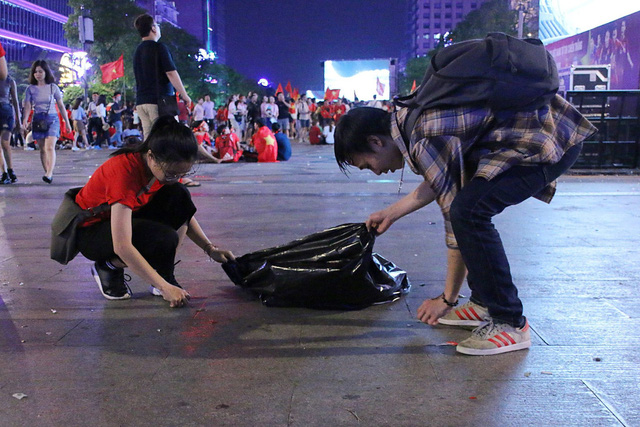 A Vietnamese woman who was trying to ask an attendant on her bus to stop littering the street ended up being insulted and ridiculed by her fellow passengers.

Sao Mai, 34, has recounted her experience on board the vehicle, operated by a popular bus line, from Da Lat to Bao Loc, both cities in the Central Highlands province of Lam Dong, on February 18 to Tuoi Tre (Youth) newspaper.

Mai shared the bus with a group of young girls, whom she estimated to be in their early twenties and who brought with them a bagful of snacks and food.

The bus attendant then told the four girls that they could eat all they want but should not litter on the bus, as he “will throw the garbage away when we get to the Prenn Mountain Pass,” according to Mai’s account.

Shocked by the ‘solution’ proposed, Mai confronted the man and said, “How can you do that?”, only to be completely ignored.

As the bus made its way through the mountain pass that connects the two cities, the girls collected all of their trash and leftover food into a big bag and handed to the bus attendant.

With a swift movement of the hand, he threw the garbage bag out of the moving bus and successfully landed it neatly at the side of the street, Mai recounted.

Mai said she had been infuriated by the action, and couldn’t keep silent as it would set a bad example for her daughter who was travelling with her.

“If you have no no-eating policy on the bus, at least you should have told them to keep the garbage until it can be discarded at the right place,” she recalled herself telling the bus attendant.

“No wonder why litter can be found everywhere in this tourist city.”

According to Mai, the bus attendant reasoned that a small garbage bag would do no harm to anybody, while the ‘owners’ of the trash ignored the conversation and went to sleep.

The bus driver and a handful of other passengers eventually sided with the bus attendant in scorning and ridiculing Mai for her “petty” protest, she said.

A passenger even threatened to film her and post the clip on social media for public shaming, she recalled.

After getting off the bus, Mai said she immediately called the bus operator’s hotline to report the incident.

“It was a relief that the call center operator was very supportive and promised to request a report from the bus attendant for internal disciplinary actions,” Mai said.

A representative from the busline confirmed the fact with Tuoi Tre (Youth) newspaper on Friday and said that the company’s regulation requires passengers to clean up their own garbage and discard it at the destination.