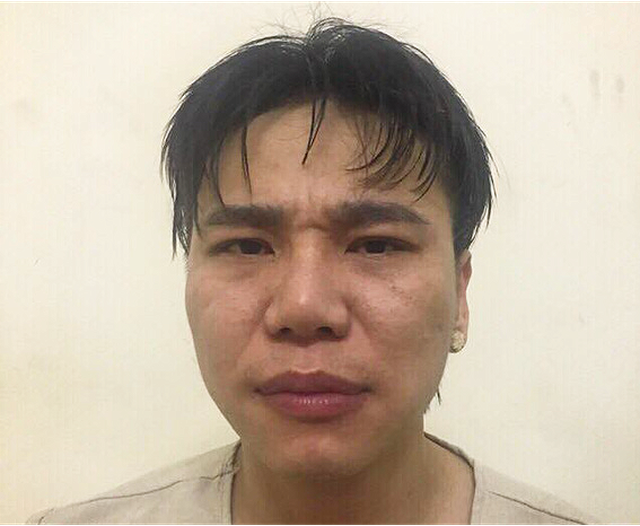 Police in Hanoi have arrested a pop singer for a criminal investigation into the death of a 20-year-old girl whom he allegedly killed in an ‘exorcism’ ritual while both were under the influence of narcotics.

The 40-year-old singer Chau Viet Cuong, whose real name is Nguyen Viet Cuong, told police he had arrived at a friend’s house in Ba Dinh District at around 3:30 am on Monday for a party.

Joining him was his friend Doan Quy Nguyen, who is also a singer going by the stage name of Nam Khang, and two girls H. and A, both in their early twenties.

The group reportedly consumed narcotics over the night, which led Cuong to start having hallucinations at around 8:00 am.

Convinced that H. was possessed by an ‘evil spirit,’ Cuong went to buy a large amount of fresh garlic for ‘exorcism.’

After scattering garlic around the house, Cuong and H. started putting garlic cloves into their mouths.

Cuong reportedly held H. down by one hand and shoved one garlic clove after another down the girl’s throat, until she died from suffocation.

Their friends had tried to intervene but had been incapacitated by the influence of drugs, police said.

A police autopsy found 33 garlic cloves stuck in H.’s windpipe, and concluded that the cause of death was congestion in the respiratory tract.

Cuong is in detention for a further probe into the victim’s death and his narcotics abuse.

The little-known singer was in 2012 accused of raping a high school senior at his residence in Hanoi’s Hoang Mai District.

He denied the allegation, maintaining that the sexual encounter was consensual and claiming the girl was seeking fame through the fabricated story.