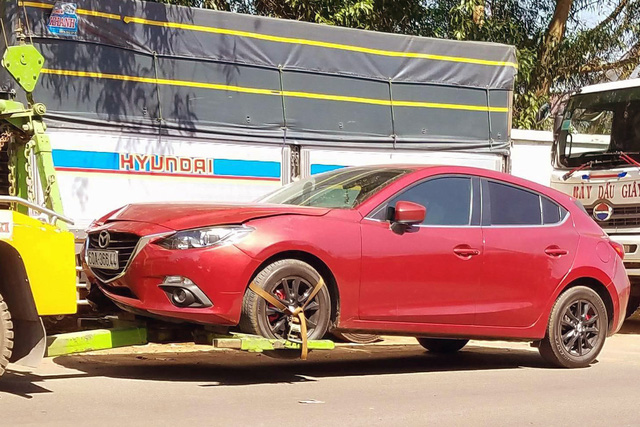 Police in a southern Vietnamese province have been probing a case where people from a car having a collision with a motorcycle which was then consumed by fire fled the scene and struck eyewitnesses on late Sunday.

Preliminary investigation by police in Dong Nai Province reveals that a crash played out between a car whose license number is 60A-366.44 and a motorcycle ridden by a woman named Nguyen Thi Khanh Van, accompanied by a man called Nguyen Ngoc Hien, along the part of the National Route 1, Vietnam’s arterial route, which crosses the region.

The motorcycle toppled and was instantly engulfed in a fierce fire, but Van and Hien left it with some minor injuries.

They broke his device and damaged his motorbike before getting back into the vehicle and ran away. A male eyewitness captured the incident on his mobile phone, only to be beaten by two occupants from the car.

A taxi driver at the scene pursued them for a while, overtook the car and positioned his cab in front of it.

The occupants again got out and attacked the driver until he ran for safety to a house nearby.

Upon his return, he found that his vehicle’s windshield had been spiderwebbed with cracks.

Police confiscated the occupants’ car on Monday and brought in its driver for questioning.